Handicap, Insults Don't Deter This Italian Beauty From Being A Finalist

Chiara Bordi, lost her leg in a bike accident when she was 13, was chosen as one of three finalists of Miss Italy 2018 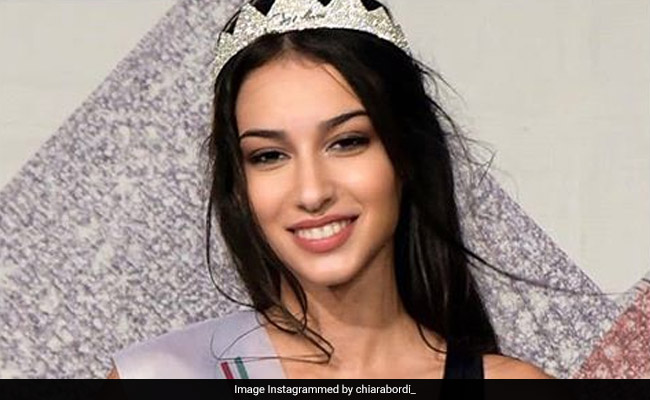 A young woman with a prosthetic leg made it to the finals of Miss Italy on Tuesday, despite a torrent of insults on social media ahead of the competition.

Chiara Bordi, 18, who lost her leg in a bike accident when she was 13, was chosen as one of three finalists in the competition that was won by Carlotta Maggiorana.

The last few days have been marked by spats between Bordi's detractors and her supporters.

"I'm missing a leg, but you're missing a heart and brain," Bordi, from the central Tarquinia province, wrote on her Facebook page after she was accused of being in the competition "just because you're crippled".

"There are all sorts of frustrations and dissatisfactions behind this nastiness," Bordi wrote.

"I'm not interested in winning, but showing the world that life is still beautiful (even) when reborn after a dramatic event."

(Except for the headline, this story has not been edited by NDTV staff and is published from a syndicated feed.)
Comments
Chiara BordiMiss ItalyMiss Italy 2018