An Interior Ministry spokesman declined to confirm that the data breach, which triggered an emergency meeting of the national cyber defence body, was the result of a hack. 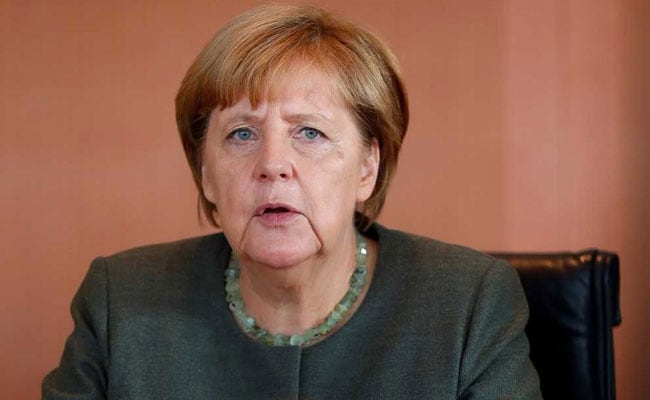 Personal data and documents from hundreds of German politicians and public figures have been published online, the government said on Friday, adding that no sensitive material from Chancellor Angela Merkel's office was released.

An Interior Ministry spokesman declined to confirm that the data breach, which triggered an emergency meeting of the national cyber defence body, was the result of a hack.

German media earlier reported that hackers had posted data including credit card details and mobile phone numbers, with politicians from all major parties affected apart from the right-wing Alternative for Germany (AfD).

Judging by an initial review, no sensitive information from the chancellery had been published, "and this includes (from) the chancellor," she said.

Public broadcaster ARD, which broke the story, said its journalists had as yet detected no incriminating content.

A defence ministry spokesman said the armed forces were not affected either.

Cyber defence body BSI met early on Friday to coordinate the response of federal government agencies including the domestic and foreign intelligence agencies, a spokesman said.

If the data release does stem from a hack, it would be the latest in a number of hi-tech assaults on Germany's political institutions and key individuals.

Security officials have blamed most previous attacks on a Russian hacking group APT28 that experts say has close ties to a Russian spy agency. Security experts have held the same group responsible for an attack ahead of the 2016 U.S. presidential election.

The Kremlin, responding to previous allegations of cyber attacks on foreign computer infrastructure, has denied any involvement and said the accusations are part of a Russophobic witch-hunt.

"This data breach of hundreds of German politicians is alarming, but at the same time it's not surprising," said Mike Hart at commercial cyber security firm FireEye, citing previous hacks.

"...It highlights the need for the government to take cyber security very seriously."

Politicians from the far-left Linke party were among those affected, including Dietmar Bartsch, leader of its group in the lower parliamentary house, a spokesman said.

ARD reported earlier that the data, from hundreds of politicians and published on a Twitter account, included addresses, personal letters and copies of identity cards, citing affiliate rbb.

The identity of the hackers and their motive were not known, the report said.

"Whoever is responsible, wants to intimidate politicians. That will not succeed," said Lars Klingbeil, secretary general of the centre-left Social Democrats, Merkel's coalition partner.

Bild newspaper said the secure internal network of Germany's government was not hit by the hackers, citing sources inside the BSI.