While there's been a recovery in domestic travel in larger markets, international traffic is way off pre-pandemic levels because of border restrictions and mandatory quarantine. 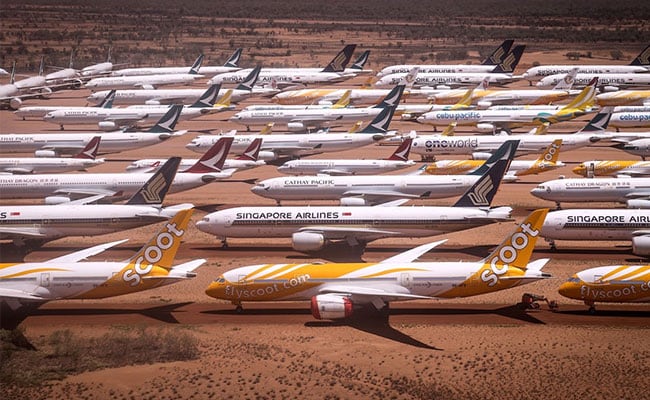 On September 15, an Indonesian flight carrying 307 passengers and 11 crew to the northern city of Medan momentarily veered off the runway after landing, sparking an investigation by the country's transport safety regulator. It found the pilot had flown less than three hours in the previous 90 days. The first officer hadn't flown at all since February 1.

The incident underlines an emerging risk from the coronavirus pandemic: pilots aren't getting enough opportunity to fly because airlines have grounded planes and scaled back operations due to a slump in demand for air travel.

In its preliminary report, Indonesia's National Transportation Safety Committee said the pandemic has made it harder to maintain pilot proficiency and flying experience. The Lion Air aircraft involved was an Airbus SE A330, one of 10 in the carrier's fleet. Because Lion Air doesn't have a simulator for the A330, its pilots are trained at third-party facilities in Indonesia, Malaysia and Singapore. Covid-19 travel restrictions have made those harder to access.

"Regular flying keeps your mind in the cockpit," said Mohan Ranganathan, an aviation safety consultant who was an adviser to India's Directorate General of Civil Aviation. "Being away from flying for such a long time brings in some complacency. Add loss of income, uncertainty about jobs or the future of the airline, that brings in additional stress. With an increase in stress levels, proficiency drops."

Analytics company Cirium says almost a third of the world's passenger jets remain in storage -- parked in the center of Australia and the US's Mojave Desert. While there's been a recovery in domestic travel in larger markets such as China, international traffic is way off pre-pandemic levels because of border restrictions and mandatory quarantine, a big deterrent to travelers. Thousands of pilots have been laid off or furloughed, and those still in work are flying a lot less because there's so little demand.

Pilot rustiness was also cited by Europe's top aviation-safety official as a possible factor in the crash of a Pakistan International Airlines Corp. plane in Karachi in May that killed all but two of the 99 people on board. Nobody was injured in the Lion Air runway incident.

“The pilots did not seem to be as fluent in the way they were conducting their flights as they should have,” European Union Aviation Safety Agency Executive Director Patrick Ky said in September regarding the PIA flight. “If you haven't flown for three months, six months, you need to be retrained in some way in order to come back.”

That concern is shared by others. At an event in October, Singapore's central bank chief Ravi Menon spoke about the lingering effect Covid-19 will have on the aviation industry and pilots who haven't flown for long periods. “It's not like picking up after taking two months off. When you take two years off, it's very different,” he said.

In its preliminary report on the Lion Air incident, the Indonesian safety authority laid out the pilots' experience, the approach of the plane, weather conditions and landing. The pilot in command was a 48-year-old Airbus A330 flight instructor with about 17,000 hours flying experience; the 46-year-old first officer, who'd been working as a captain for Thai Lion Air before relocating to Indonesia in March, had a similar amount of flying hours.

On its approach, Flight 208 requested a change of runway due to stormy weather. At about 1,000 feet, the first officer handed control to the pilot. He then noticed that the plane was nearing the left edge of the runway and told the pilot to adjust. The right rudder pedal was applied after touching down but the left main landing gear went off the tarmac, breaking two runway lights.

The report noted that Indonesia's Directorate General of Civil Aviation issued a circular in May on testing pilot proficiency during the pandemic, with certain exemptions and extensions allowed due to limitations on flying time. However the circular didn't provide detailed guidelines to airlines on how they should operate under these exemptions.

A Lion Air spokesman didn't respond to a request for comment.

In an interview with Bloomberg Television last week, the International Air Transport Association's vice president for Asia Pacific, Conrad Clifford, said the industry group has been looking at creating special travel bubbles so pilots can access simulators to ensure they can remain current. “I'm glad to say that governments are doing something about this,” he said.

Additionally, the International Civil Aviation Organization has called for flight crew to be recognized as key workers so they can use travel bubbles and access training facilities, including simulators so they can maintain certifications, experience and proficiency.

Ian Cheng, senior vice president of flight operations at Scoot, Singapore Airlines Ltd.'s low-cost carrier, said its pilots are being kept engaged with simulator sessions and meetings to update on latest developments. “Because of the low amount of flying, it's essential to keep proficiency levels up,” he said.

According to Ranganathan, it will take about a month of regular flying for pilots to get their confidence and skill levels back, along with lots of training.

“When you are not focused, decisions can get delayed,” he said. “Just a few seconds can make a difference between a safe flight or an accident.”