The Google Doodle has been illustrated by Danish artist Mikkel Sommer, and it depicts Hans Christian Gram's work on the Gram strain 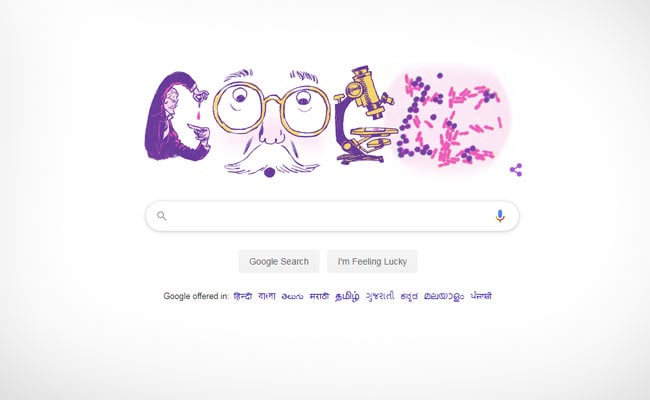 Hans Christian Gram earned his MD from the University of Copenhagen in 1878 and then travelled through Europe to study bacteriology and pharmacology. While working at a microbiologist's lab in Berlin during this period, he noticed that treating a smear of bacteria with a crystal violet stain, followed by an iodine solution and an organic solvent, revealed differences in the structure and biochemical function of various samples.

"I have therefore published the method, although I am aware that as yet it is very defective and imperfect; but it is hoped that also in the hands of other investigators it will turn out to be useful," Hans Christian Gram had notably added as a modest disclaimer in his publication.

The test, however, proved to be widely applicable and his staining method continues to be used even today, more than a century later.