Dr Virginia Apgar's interest in treatment of newborns led her to develop a system for evaluating the health of newborn infants. 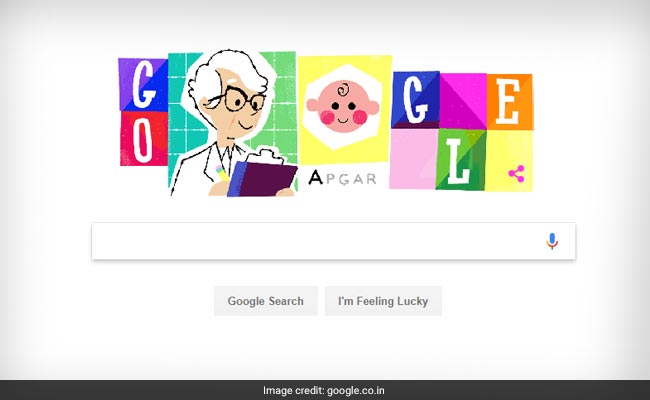 Dr Virginia Apgar developed the score in 1952 to quantify the effect of obstetric anaesthesia on babies.

Today's google doodle celebrated Dr Virginia Apgar, an American obstetrical anesthetist on her 109th birth anniversary. She is best known as the inventor of the 'Apgar score,' a method to summarise the birth of newborns. Dr Apgar developed the score in 1952 to quantify the effect of obstetric anaesthesia on babies.

Born in 1909, Dr Virginia Apgar was the youngest of the three children. She was raised in Westfield, New Jersey in the United States. Virginia graduated from Mount Holyoke College in 1929 and from the Colombia University College Of Physicians and Surgeons in 1933. By 1937, she was the first woman to be a board-certified anaesthesiologist. In 1949, Virginia Apgar became the first the professor of anesthesiology at the College of Physicians and Surgeons. She was also the first female physician to get the rank of full professor at the college.

Dr Virginia Apgar's interest in treatment of newborns led her to develop a system for evaluating the health of newborn infants. In 1952, she finally presented the Apgar Score system. The system relied on five indicators, which are to be observed nurses or the delivery room personnel within one minute of birth. These are Appearance, Pulse, Grimace, Activity, Respiration.  Score above 7 are normal and 4 to 6 are fairly low. Below 3 is considered critically low, and the child requires medical attention.

Dr Virginia Apgar received a degree in public health from John Hopkins University in 1959. She also co-wrote a book, Is My Baby All Right? with author Joan Beck in 1973. On August 7, 1974, she died of cirrhosis of the liver at Columbia-Presbyterian Medical Center. But the Apgar score system developed by her is still used to quickly assess the health of newborns.
Comments
Apgar ScoreGoogle DoodleVirginia Apgar