Cheyenne Rose Antoine, 21, pleaded guilty on Monday to killing Brittney Gargol, 18, in Canada two years ago. Gargol was found strangled to death near a landfill with Antoine's belt near her body 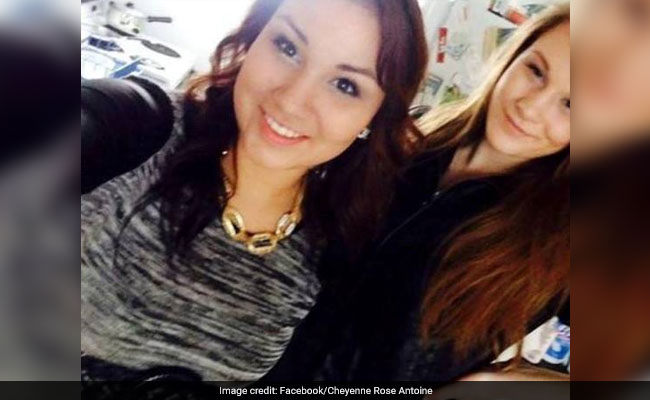 Ottawa: A Canadian woman has been convicted of killing her friend after police discovered the murder weapon used in a picture of the pair on social media.

Gargol was found strangled to death near a landfill in Saskatoon, Saskatchewan with Antoine's belt near her body.

Antoine was sentenced to seven years for manslaughter.

She was identified as a suspect after she posted a selfie on Facebook of the two of them, showing her wearing the belt hours before Gargol died.

Antoine, who was initially charged with second-degree murder, showed up at another friend's house hysterical the night of the murder and confessed to hitting Gargol and strangling her, CBC reported from court.

She said they had got drunk and into a heated argument.

As part of her plea, Antoine accepted responsibility for Gargol's death but said she does not remember killing her.

"I will never forgive myself. Nothing I say or do will ever bring her back. I am very, very sorry... It shouldn't have ever happened," she said in a statement through her lawyer.

Promoted
Listen to the latest songs, only on JioSaavn.com
Before Antoine was sentenced, Gargol's aunt gave a victim impact statement to the court.

"Most days we can't stop thinking about Brittney what happened that night, what she must have felt fighting for her life," Jennifer Gargol said.

US Authorises Pfizer's Covid Booster For Elderly And High-Risk Adults