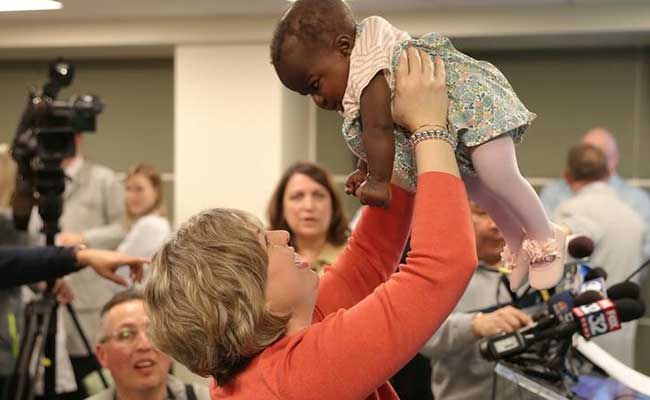 Los Angeles: A baby girl from the Ivory Coast born with four legs and two spines has been successfully separated from a parasitic twin in a rare and complex surgery at a Chicago hospital.

Ten-month-old Dominique underwent a six-hour procedure involving five surgeons at the Advocate Children's Hospital in Park Ridge, Illinois, on March 8. She is now thriving with the Chicago foster family who will look after her until she is well enough to return home, her doctors and foster mother told Reuters on Monday.

"It's going rather well. She was only in the hospital a total of five days. She's been home with 'step-mom' and just doing very, very well," said pediatric and reconstructive surgeon Frank A Vicari.

Dominique was born with a parasitic twin. The bottom half of her not-fully-developed twin's body protruded from her neck and back. 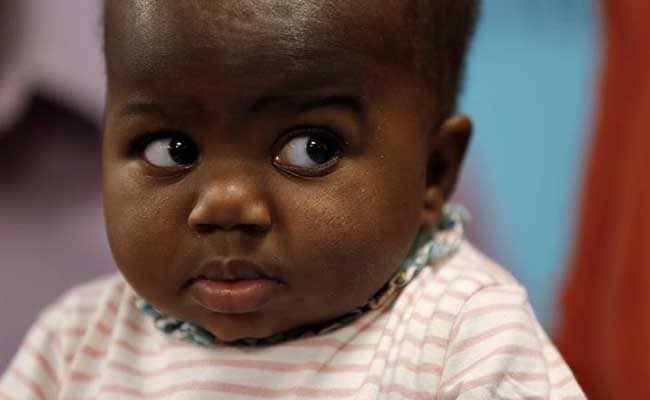 Dominique was born with 4 legs and 2 spines, at Advocate Children's Hospital in Park Ridge, US. (Reuters)

"A parasitic twin is an identical twin that fails to fully separate in development," said John R Ruge, a pediatric neurosurgeon at the hospital. "In other words, not another independent twin, but a twin that was dependent on her body system, such that Dominique's heart and lungs provided the nourishment."

Doctors did not give Dominique's family name.

Nancy Swabb, from Edgebrook, Illinois, has looked after Dominique since she arrived in the United States for the surgery.

"She's been a joy. We really enjoyed having her in our family," said Swabb.

"We send a lot of photos and updates and so we know that Dominique's family sees what she's doing and seeing that she has two new teeth and she's learning to wave and doing all sorts of special things." 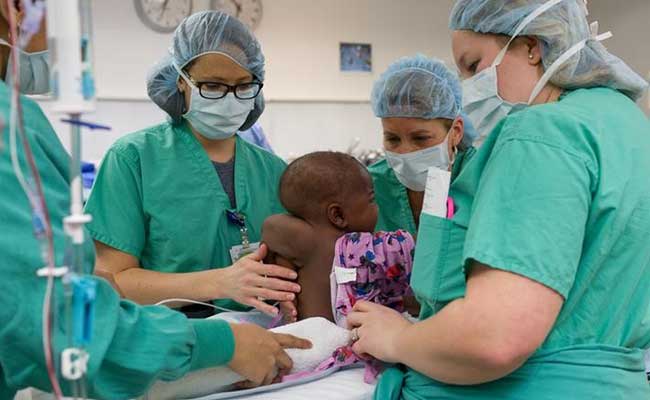 The bottom half of Dominique's not-fully-developed twin's body protruded from her neck and back.

Swabb said she did not want to think about saying goodbye to Dominique when she returns to her family in the Ivory Coast.

"She has touched our hearts. She's a member of our family," Swabb said. "She's pretty amazing."