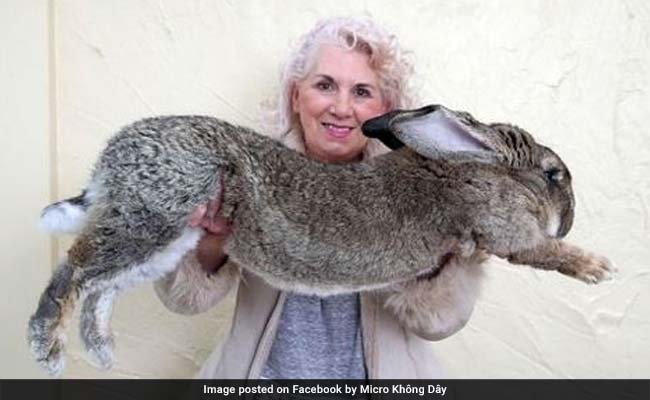 London: A 3-foot-long giant rabbit died at a United Airlines pet holding facility in Chicago following a flight from London, in another embarrassment for the airline as it struggles with a global backlash this month over a passenger dragged from his seat.

The 10-month-old Continental Giant breed rabbit named Simon, who was tipped to become one of the world's largest rabbits, had appeared to be in good condition upon arrival at the facility at Chicago's O'Hare airport, an airline spokesman said.

Simon was due to be picked up by a celebrity who had bought him. But when a United worker later checked on Simon, he found he had died, spokesman Charles Hobart said.

"We never want that to happen and it's always a sad experience for all involved when an animal passes while in our care," Hobart said by telephone on Wednesday.

The cause of death has not yet been determined, the spokesman said, adding that United was reviewing what happened.

Hobart said the airline had offered to carry out a post-mortem investigation on the rabbit, but the owner had declined. He said United also offered compensation to the owner, whom he did not identify, but did not disclose the amount.

The incident took place on April 20, but was first reported on Wednesday by The Sun newspaper. Simon's breeder, Annette Edwards, told the paper she was suspicious.

"Simon had a vet's check-up three hours before the flight and was fit as a fiddle," Edwards told The Sun. "Something very strange has happened and I want to know what."

Edwards, a former Playboy model, said she has shipped rabbits all around the world and that nothing like this had ever happened. "The client who bought Simon is very famous. He's upset," she said.

Earlier this month, a United passenger, Dr. David Dao, was unceremoniously dragged from his seat off a plane at O'Hare bound for Louisville, Kentucky, to make room for crew members.

Video recorded by other passengers showed the 69-year-old doctor being dragged down the aisle with blood on his face after he refused to give up his seat on the April 9 flight.

Promoted
Listen to the latest songs, only on JioSaavn.com
(Reporting by Guy Faulconbridge and Kate Holton; Additional reporting by Gina Cherelus in New York; Editing by Angus MacSwan and Sandra Maler)
© Thomson Reuters 2017