Former nurse Niels Hoegel is accused of murdering dozens of patients - injecting them with drugs to induce cardiac arrest, then trying to revive them. 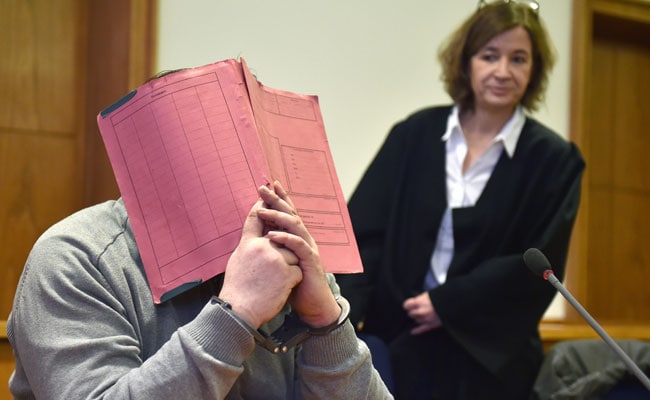 For Niels Hoegel, it was all a game, it seemed - a life-or-death game.

The former German nurse would push his patients to the edge of death's door, injecting them with drugs to induce cardiac arrest, then resuscitate them and relish in the praise.

But in dozens of cases, he could not bring them back, prosecutors say.

Hoegel, accused in 100 patient deaths from 2000 to 2005 while he worked at a clinic and then a hospital in northern Germany, apologized Wednesday to the victims' families.

Prosecutors are seeking 97 murder convictions but lack evidence in the other three cases, according to the Associated Press.

Hoegel has admitted to 55 of those killings.

"I would like to sincerely apologize to every single individual for all that I have subjected them to over the years," he said in court. His remarks came after closing arguments in a case that has exposed an apparent mass murderer, as well as revealed potential problems with oversight, according to the German news agency Deutsche Welle.

To some, Hoegel was considered a "bad luck charm," since so many of his patients required lifesaving measures.

But to others, he was known as "resuscitation Rambo" because of the number of patients he tried to revive.

But it wasn't until 2005 that Hoegel's colleagues caught him in the act while he was administering ajmaline, a drug used to induce arrhythmic contractions when testing for a certain heart rhythm disorder. Within days, his patient was dead, but the hospital did not alert authorities until Hoegel had killed another person, according to the Guardian.

One expert said the case is bigger than Hoegel and highlights flaws in the hospital security systems and reporting protocols that seemed to allow an apparent serial killer to slip on a hospital uniform and roam room to room, ending his patients' lives unnoticed.

Karl Beine, head physician at St. Marien-Hospital Hamm, told Deutsche Welle, "Early warning signs and evidence that something was up were not registered" or were "ignored or even hushed up." He told the news agency that the Hoegel case shows how "hospitals prioritized their own interests over the interests of their patients."

At trial, Hoegel suggested that he had been bored and seeking some excitement.

"It was the clinical daily routine which failed to challenge me," he had told the court, according to Deutsche Welle.

Court-appointed psychiatrist Konstantin Karyofilis said that Hoegel was not mentally ill but wanted to earn the respect of his colleagues as well as recognition from patients and their families. Eventually, Karyofilis said, Hoegel stopped seeing his patients as people.

"These people were pawns in a game for you - a game that only you could win and all the others could only lose," Judge Sebastian Buehrmann told Hoegel in 2015, the AP reported, citing the German news agency Deutsche-Presse Agentur.

As potential cases kept coming to light, prosecutors called for another trial. This time, AP reported, Hoegel was accused in 100 additional deaths while working at a clinic in Oldenburg from 1999 to 2002 and at a hospital in Delmenhorst from 2003 to 2005. In closing statements Wednesday, Hoegel's attorneys argued that their client should be acquitted in 31 of the cases, and was admitting only to 55 murders and 14 attempted murders, according to Deutsche Welle.

"Neither we nor Mr. Hoegel deny that he is the perpetrator in many cases," Ulrike Baumann, one of his defense attorneys, told the court, according to AP.

Under German law, Hoegel cannot serve consecutive life sentences, but new convictions may prohibit him from being eligible for parole within the next several years.