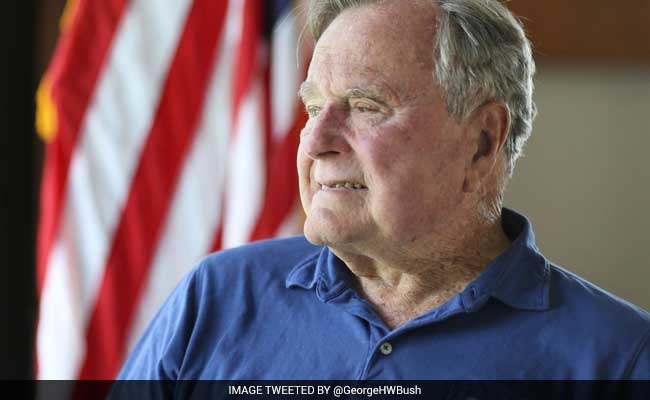 Houston: Houston-area media are quoting former President George H.W. Bush's chief of staff as saying that Bush has been hospitalized in Houston.

The Houston Chronicle and KHOU-TV reported early Wednesday that Bush chief of staff Jean Becker says the 41st president was recently admitted to Houston Methodist Hospital after becoming ill. Becker did not specify the reason the 92-year-old was hospitalized. Both media outlets say his office expects him to go home in a couple of days.

Becker did not immediately return email or telephone calls to her office from The Associated Press.

Bush was hospitalized in Maine in 2015 after falling at his summer home and breaking a bone in his neck.

Promoted
Listen to the latest songs, only on JioSaavn.com
He served as US president from 1989 to 1993.