The "March for Our Lives" event is one of several rallies being organised by students across the country in support of stronger gun laws, challenging politicians they say have failed to protect them. 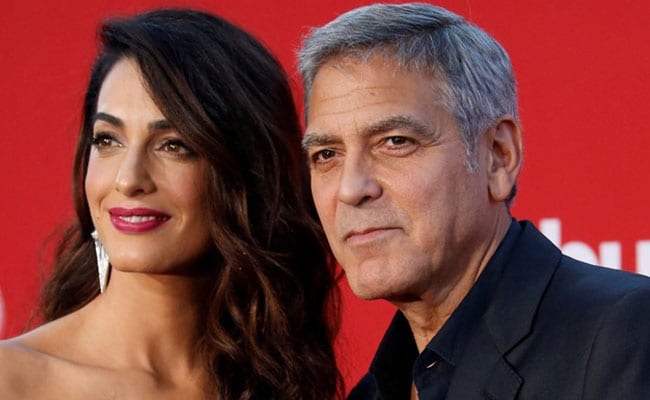 Los Angeles: George Clooney and his wife said on Tuesday they are donating $500,000 to the "March for Our Lives" rally in Washington and will walk with students in support of gun control following last week's shooting at a Florida high school that left 17 dead.

"Our family will be there on March 24 to stand side by side with this incredible generation of young people from all over the country, and in the name of our children Ella and Alexander, we're donating 500,000 dollars to help pay for this groundbreaking event. Our children's lives depend on it," Clooney said in a statement.

The "Ocean's Eleven" actor and his human rights lawyer wife Amal, who gave birth to twins Ella and Alexander in 2017, are known for donating large amounts of money to political causes. Last year they donated $1 million to the Southern Poverty Law Center following a white supremacist rally in Charlottesville, Virginia, that led to counter-protests and the death of a woman.

Students from Marjory Stoneman Douglas High School in Florida, where a 19-year-old former student is accused of going on a rampage with a semiautomatic AR-15-style assault rifle on Feb. 14, are assisting in planning the march.

The "March for Our Lives" event is one of several rallies being organised by students across the country in support of stronger gun laws, challenging politicians they say have failed to protect them. Busloads of Florida students headed to the state capital Tallahassee on Tuesday to call for a ban on assault rifles.

Other celebrities have voiced their support for the students' efforts on social media, including Justin Bieber, Lady Gaga and Cher.

Gun ownership is protected by the Second Amendment of the U.S. Constitution and remains one of the nation's more divisive issues.

Promoted
Listen to the latest songs, only on JioSaavn.com
(Reporting by Nichola Groom; Editing by Tom Brown)
© Thomson Reuters 2018