The saga that is GameStop Corp. has turned into nothing short of a national sensation, reaching the doorsteps of both new President Joe Biden's administration and Federal Reserve Chairman Jerome Powell. 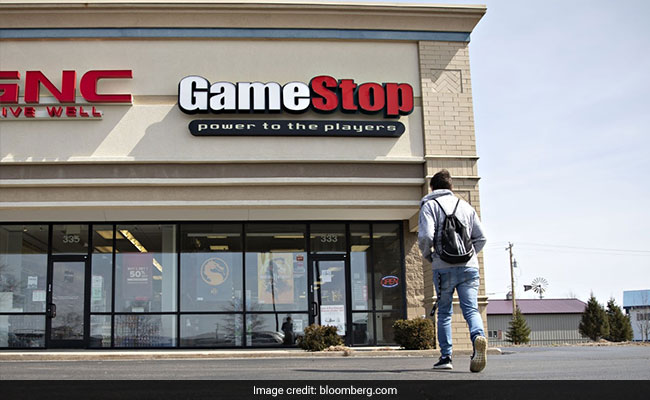 The saga that is GameStop Corp. has turned into nothing short of a national sensation.

Everything started innocently enough, way back in 2019, with people on message boards swapping ideas about a left-for-dead chain of mall stores.

Now it's much bigger: for pundits prone to the dramatic, a David vs. Goliath parable for the age of wealth inequality. Perhaps a vestigial legacy of Trumpism and the populist backlash against "the elites."

For parts of the hedge-fund industry, it's an existential crisis. For old-school investors who preach discipline and doing your homework before hitting "buy," it's a horror story they expect will end terribly. It's at least part of the reason the entire stock market tanked on Wednesday.

The saga that is GameStop Corp. has turned into nothing short of a national sensation, reaching the doorsteps of both new President Joe Biden's administration and Federal Reserve Chairman Jerome Powell. Each found themselves on the receiving end of awkward questions about their takes on a business that sells five used video games for $10. 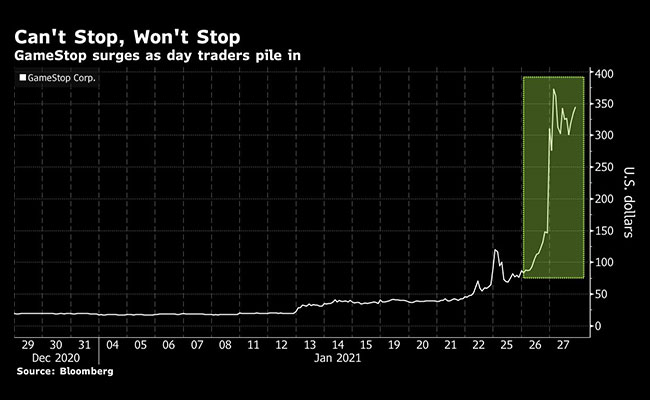 At first blush, it's hard to explain how a company whose sales are expected to have shrunk in four of the past five years -- and likely is about to announce a third straight year of losses -- has seen its its share price rise almost 1,800% so far in January and 8,000% over the past 12 months.

Look closer, and it makes more sense. "Buy what you know" is the mantra of Warren Buffett. So it's easy to see why a bunch of millennial traders -- trapped at home amid the pandemic, with savings swollen by a lack of opportunities to spend disposable cash elsewhere or government stimulus payments -- could know a thing or two about gaming.

Especially when they approach the market like a video game and their strategies include something akin to what gamers would call a "cheat code" -- in this case, banding together and piling into individual stocks and related options the way a tight-knit team attacks a roomful of dragons in "World of Warcraft." All with the goal of forcing short-sellers and derivatives dealers to buy the stock, pumping up its price beyond anything a traditional investor would consider reasonable.

For the almost 3 million-strong group of self-described "degenerates" on Reddit's WallStreetBets forum and other social media sites where this new army of day traders gather and conspire, the game has quickly spread to a myriad of stocks they intend to make "the next GameStop." 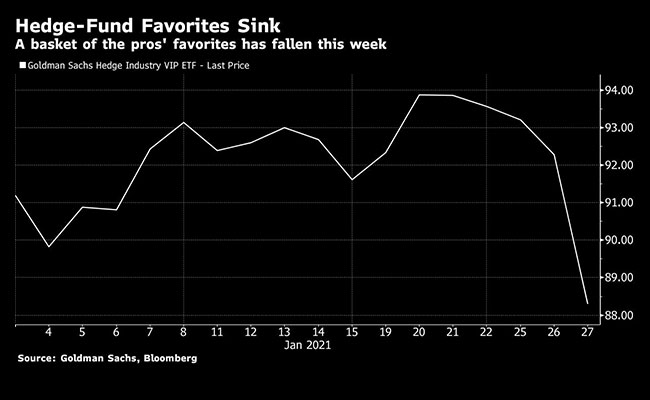 There's Naked Brand Group Ltd., a clothing manufacturer whose stock is up 618% this month. And AMC Entertainment Holdings Inc., the movie-theater company sitting on a gain of more than 800%. Macerich Co., a real-estate investment trust, has more than doubled this month. This list goes on and on.

And yet, benchmark stock indexes tumbled Wednesday. The S&P 500 plunged almost 3%, its worst decline since October. How can that be? One theory is that the hedge funds are being forced to dump the companies they actually love in order to raise cash to buy the stocks they hate. Why? So they can end short bets before losses get too big as the rally goes against them.

Gross leverage, or a gauge of hedge fund risk appetite that takes into account long and short positions, is shrinking. Money drained out of their pool of both bullish and bearish bets over the four sessions through Tuesday at the fastest rate since October 2014, data compiled by Goldman Sachs Group Inc.'s prime brokerage unit show.

While there are plenty examples of notorious short squeezes in the past, including the volatility implosion in early 2018, there are signs the current one may have a sustained impact on market dynamics, wrote Michael Purves, founder and chief executive officer of Tallbacken Capital Advisors. In screening for smaller companies with high short interest, he found that there are hundreds of potential targets for retail investors to pick on and that there's evidence "the squeeze contagion" is growing day by day.

That means it could continue to push long-short hedge funds to unwind their shorts sales and, by extension, deleverage their long books even if they're not involved in some of the recently-targeted names.

"Both of these de-leveraging processes -- the long and short -- would have significant implications for market action in the coming weeks and could drive substantial volatility within the market," wrote Purves.

So fast is the story shifting that trying to gather all the strands is futile, but for starters: there's the impact of the squeeze on shorts sellers and their solvency; the search for the next bull-raid target; the challenge of calculating GameStop's actual fair value; what it really means for wealth inequality considering the super rich are reaping windfalls; the impact on Internet-based brokerages and the role their elimination of commissions has played in it all; and even what Biden, Powell, securities regulators and Treasury Secretary Janet Yellen are thinking and doing about it all.

Of course, no short squeeze can last forever. The market will return to some semblance of "normal" eventually.