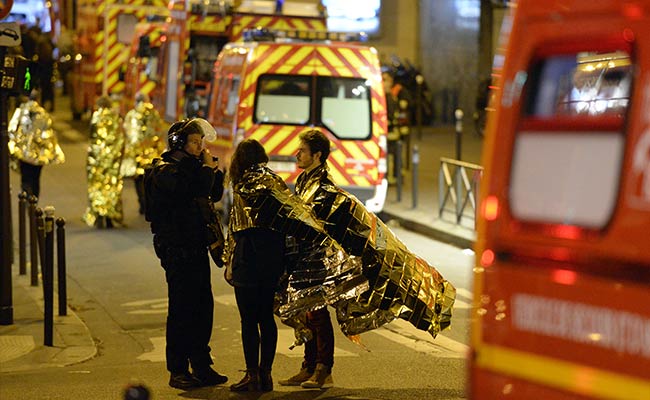 Paris: Security forces returned Thursday to the Bataclan concert hall in Paris where jihadist gunmen killed 90 people in November, to re-trace their steps for lawmakers probing the police's response.

The partial re-enactment was ordered by a parliamentary commission investigating the series of attacks on the French capital claimed by the Islamic State group, which left 130 dead and hundreds injured.

The elite BRI police are to show a delegation of lawmakers how they eventually stormed the venue and shot dead the three gunmen -- and why it took three hours from the start of the attack to the conclusion.

The exercise will not however involve actors playing the role of the gunmen.

"We asked the security forces who took part, the BRI, the Raid (another elite police unit), and the police to come. We are going to see how they acted, chronologically. And why it took three hours to get the last of the victims out," lawmaker Georges Fenech told reporters in front of the Bataclan.

"It will not be a re-enactment though, which is the job of criminal investigators," Fenech added.

Some of the relatives of the dead expressed anger that they had not been informed in advance of the partial re-enactment.

"We wake up one morning and discover that there is going to be a re-enactment. No-one told us. We have found out that there will not be any lawyers... no victims and  no journalists involved," an emotional Nadine Ribet-Reinhart, whose 26-year-old son Valentin was killed in the Bataclan attack, said at the scene.

Fighting back the tears, she added: "We still don't know what time our children died. On the death certificate, it says 'between November 13 and November 14'. We don't know when the rescue services arrived. We need information to be able to understand what happened."

Fenech responded that the lawmakers' aim "is to shed as much light as possible on what happened.

"We are working for the sake of the victims."

The parliamentary committee is also investigating the French state's response to the jihadist attack on the satirical newspaper Charlie Hebdo and a Jewish supermarket in January last year.

It is due to publish its report on July 14.