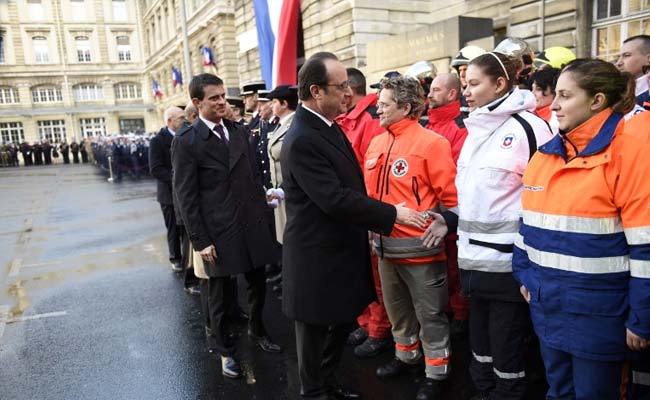 Paris: A year to the day since jihadist gunmen killed 12 people at Charlie Hebdo newspaper and with France still grieving November's massacre in Paris, President Francois Hollande today called for greater cooperation between the security services.

Underlining the continuing threat, a man was shot dead outside a police station in northern Paris shortly after Hollande gave his speech marking the anniversary of the killings at Charlie Hebdo on January 7, 2015.

The attack on the satirical newspaper began a series of jihadist attacks in France that culminated in the death of 130 people in coordinated violence across the capital on November 13 -- claimed by ISIS.

In a sombre speech at Paris police headquarters, Hollande hinted at intelligence failings that might have allowed attacks to take place, as he called for all branches of the security services to cooperate more closely.

"Faced with these adversaries, it is essential that every service -- police, gendarmerie, intelligence, military -- work in perfect harmony, with the greatest transparency, and that they share all the information at their disposal," the president said.

Many of the attackers in both January's rampage and the massacre in November were known to French security services, having either travelled abroad to fight with extremists or been prevented from doing so.

Hollande said that since the attack on Charlie Hebdo, nearly 200 people in France had been placed under travel restrictions to prevent them joining up with ISIS in Syria or Iraq.

'Died So We Could Live'

The president three police killed in January's attacks "died so that we could live in freedom".

A police bodyguard tasked with guarding the newspaper's editor, Charb, was killed alongside him by brothers Cherif and Said Kouachi and in scenes caught on film the brothers shot dead another policeman, Ahmed Merabet, as he sprawled on the pavement near Charlie Hebdo's offices.

The next day, a policewoman was shot dead by jihadist Amedy Coulibaly in the southern suburb of Montrouge, apparently as he was heading to attack a Jewish school.

Among changes set to be introduced in the wake of the November attacks are new guidelines allowing police to keep their weapons even when off-duty. 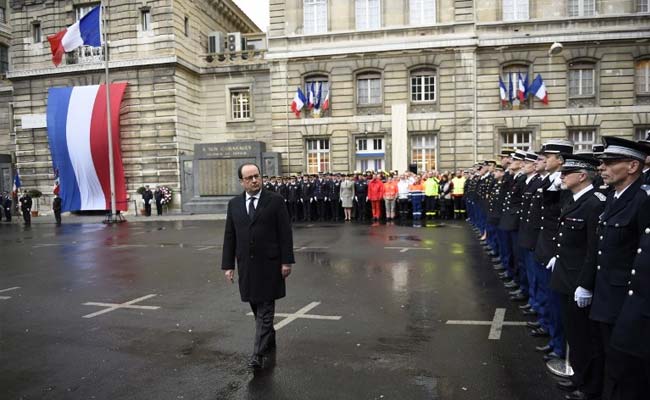 The president reiterated his pledge to boost the number of police and armed gendarmes by 5,000.

The speech will be followed by a concert on Sunday to mark the one million people who poured on to the streets of Paris on January 11, 2015, in an outpouring of support for freedom of expression in the wake of the deaths of Charlie Hebdo's best-known cartoonists.

The newspaper had been in the jihadists' sights since it first published cartoons of the Prophet Mohammed in 2006.

The widow of Franck Brinsolaro, the bodyguard who was killed in the attack, said this week she has filed a lawsuit claiming that he was left vulnerable because the security around the newspaper had been reduced before the shootings.

Charlie Hebdo has continued to raise ire, rejecting self-censorship in the wake of the attacks and working from ultra-secure offices in a top-secret location.

On Wednesday it published a typically provocative special edition featuring a gun-toting God, sparking protests from the Vatican.

The cover of the anniversary edition features a bloodstained, bearded God figure in sandals with a Kalashnikov rifle slung over his shoulder under the headline: "One year on: the killer is still at large."

Parisians said today they feared another terror attack was likely at some point.

"I won't stop living. There's thousands of deaths around the world, unfortunately, but that can't stop us from going on with our lives," he said.