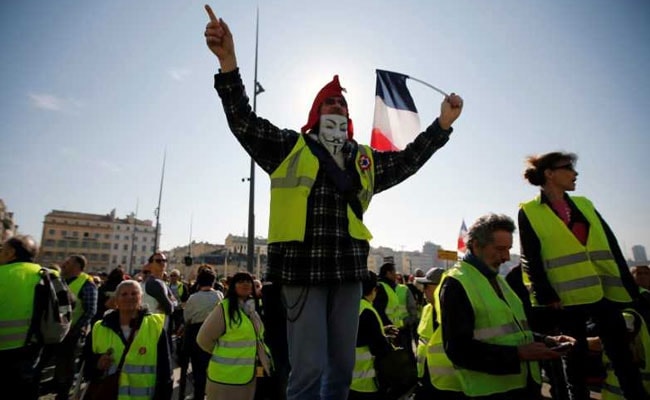 On Saturday "bags filled with faeces were thrown at police and exploded. Three policemen were soaked through with it," Rudy Manna from the Alliance police trade union in the southern port city of Marseille told AFP.

Police said there had been calls on social media ahead of Saturday's demonstrations for demonstrators to arm themselves with 'Caca-tovs' -- after Molotov cocktails but filled with "caca", the French term for poo.

"The policemen were deeply humiliated," Manna said, adding that none of the perpetrators, hidden in a crowd of about 1,000 demonstrators in Marseille, had been identified.

Saturday marked the 16th straight weekend of "yellow vest" demonstrations in France since November, which have often seen security forces targeted with stones and other projectiles.

A total of 11 people have died during the demonstrations which began over fuel taxes but mushroomed into a revolt by people in rural and small-town France against French President Emmanuel Macron.