Eric Dupond-Moretti, a former star defence lawyer, was last year charged with misusing his position to settle scores with opponents from his legal career, becoming the first sitting French justice minister to be charged in a legal probe. 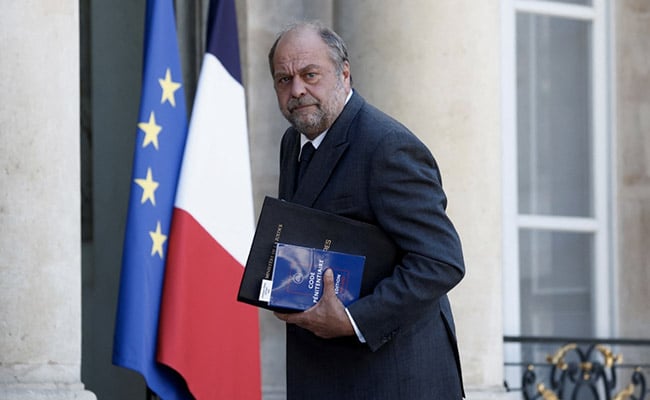 France's justice minister has been ordered to stand trial in a conflict of interest case that has embarrassed President Emmanuel Macron's government, his lawyers said on Monday.

Eric Dupond-Moretti, a former star defence lawyer, was last year charged with misusing his position to settle scores with opponents from his legal career, becoming the first sitting French justice minister to be charged in a legal probe.

His lawyers said they had immediately lodged an appeal.

The accusations relate to administrative inquiries into three judges. The three had ordered police in 2014 to pore through the phone records of dozens of lawyers and magistrates, including Dupond-Moretti, as part of an investigation into former president Nicolas Sarkozy.

The judiciary accused Dupond-Moretti of a witch-hunt.

He denied the allegations, saying he was merely acting on the recommendations of his staff to investigate possible mistakes by the magistrates who oversaw the seizures of the phone records.

The order to stand trial was issued by the investigation commission of the Law Court of the Republic in Paris (CJR), which hears cases of alleged wrongdoing by serving ministers.

But his lawyers, Christophe Ingrain and Remi Lorrain, said they had already appealed against the move.

"The order no longer exists," they told reporters as they exited the CJR building.

Dupond-Moretti was not present.

He said there had been "many irregularities" in the case against his client, and the chief prosecutor, Francois Molins, had been "unfair and biased".

The case against Dupond-Moretti goes back to January when anti-corruption group Anticor and a magistrates' union filed a legal complaint, accusing him of using his ministerial powers to take revenge on his enemies in the judiciary.

Despite opposition calls for him to be sacked, President Macron re-appointed him to the justice minister post in a cabinet reshuffle that saw Elisabeth Borne take over from Jean Castex as prime minister in May of this year.

In a statement they said there could be "another conflict of interest" when Dupond-Moretti, as justice minister, picks a successor to prosecutor Molins who is to retire in June.

"He would get to appoint his own accuser," the unions said.