France's Emmanuel Macron will mark the anniversary with visits to his grave at the royal chateau and the Clos Luce, manor house where Leonardo lived and died 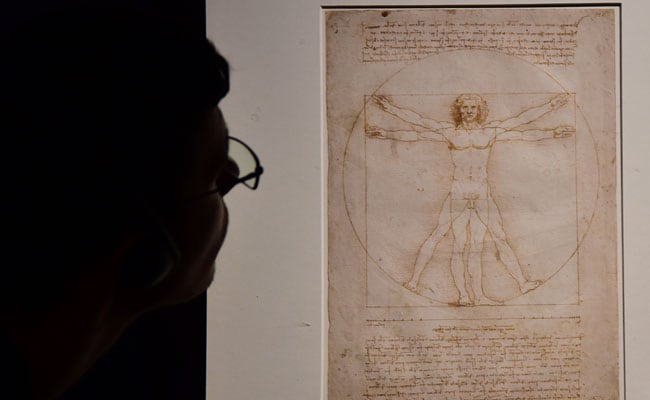 The Loire Valley town of Amboise will kick off festivities marking the 500th anniversary of Leonardo da Vinci's death in style on Thursday, with the French and Italian presidents topping the bill.

The Florentine master who personified the Italian Renaissance was the guest of France's King Francis I for the final three years of his life before his death in Amboise in 1519.

France's Emmanuel Macron and Italian President Sergio Mattarella will mark the anniversary with visits to his grave at the royal chateau and the Clos Luce, the sumptuous manor house nearby where Leonardo lived and died.

The joint celebrations come after months of mounting diplomatic tensions between Paris and Rome over the hardline policies of Italy's populist government and its support for France's anti-government "yellow vest" protesters. 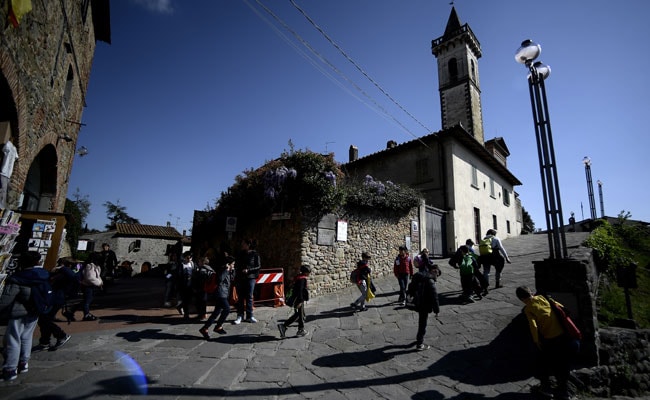 The Santa Croce church in Vinci, the Tuscan village where Leonardo Da Vinci was born

In the worst diplomatic crisis between the two countries since World War II, Paris briefly recalled its ambassador from Rome.

After some 200 "yellow vests" staged protests in Amboise on Saturday, the town of some 13,000 people was already in virtual lockdown early Wednesday ahead of the presidential visit.

Parking was banned along the riverside motorcade route, with anyone flouting the ban having their vehicle towed away.

Shops, bars and restaurants below the chateau will be shuttered on Thursday.

Emmanuel Honnet, who runs the Cafe des Arts snack bar by the chateau, said the precautions were "understandable... given the terrible social climate and the real terrorist risk".

But the 51-year-old vented "frustration" that the townspeople would be largely sidelined. "It should be the memory of a lifetime," he said.

Macron will be the first French president to visit the town since Charles de Gaulle came in 1959.

'Architect of the King'

Francis I, known as the "Sun King of the 16th century", is widely credited with bringing the Renaissance to France, even if his predecessor Louis XII had begun the process by bringing in architects and artisans from Florence, Milan and Rome.

Leonardo was 64 when he accepted the young Francis I's invitation, at a time when rivals Michelangelo and Raphael were rising stars.

With Leonardo's commissions drying up, it came as a great relief and no small vindication for the Tuscan artist, who received a handsome stipend as the "first painter, engineer and architect of the king".

At the time, Francis I was barely 23, and his ambitious mother Louise of Savoy "knew that Leonardo would be the man who would allow her son to flourish", Catherine Simon Marion, managing director of the Clos Luce, told news agency AFP.

Leonardo brought with him three of his favourite paintings: the Mona Lisa, the Virgin and Child with Saint Anne, and Saint John the Baptist - all of which today hang in the Louvre museum in Paris. 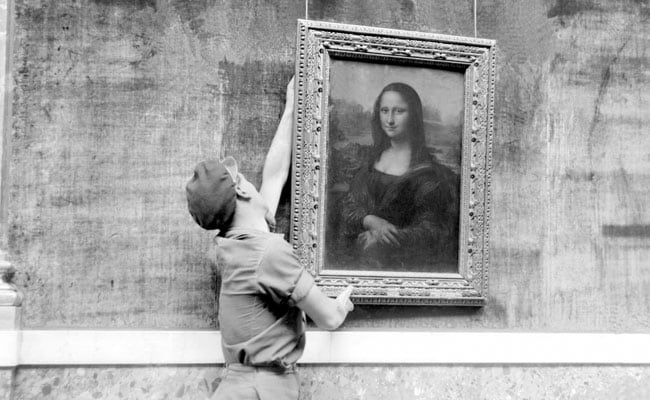 Leonardo da Vinci brought with him three of his favourite paintings: the Mona Lisa, the Virgin and Child with Saint Anne, and Saint John the Baptist - all of which hang in the Louvre museum in Paris.

Italy and France have also sparred over an accord under which Italy will lend several Leonardos to the Louvre in October.

With fewer than 20 Leonardo paintings still in existence, many Italians are resentful that the Louvre possesses five of them, as well as 22 drawings.

During his three years in Amboise, Leonardo organised lavish parties for the court and worked to design an ideal city for Francis at nearby Romorantin - one of the polymath's many unrealised projects - all while continuing his research.

On Thursday, Macron and Mattarella will also travel to the sprawling chateau of Chambord, whose central double-helix staircase is attributed to Leonardo - though the first stone was not laid until four months after his death.

(Except for the headline, this story has not been edited by NDTV staff and is published from a syndicated feed.)
Comments
Leonardo da VinciLeonardo da Vinci 500th death anniversaryLeonardo Da Vinci Biography