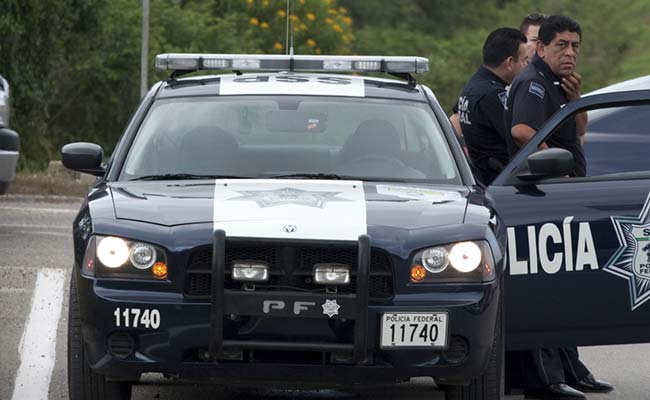 Maximino R Palacios 'was shot and killed' outside a store as he arrived in his car. (Representational)

Mexico City: Gunmen shot dead a veteran crime reporter in northeastern Mexico on Friday, his employers said, becoming the fourth journalist to be murdered in the gang-plagued country in six weeks.

Maximino Rodriguez Palacios 'was shot and killed' outside a store as he arrived in his car at around noon (1700 GMT) with his wife who uses a wheelchair, the Colectivo Pericu news website said.

His wife was unharmed.

The state prosecutor's office confirmed the 71-year-old's murder 'from gunshot wounds', adding that investigators have obtained shell casings that will be analyzed in a lab.

Unknown attackers appeared to have used high-powered rifles in the attack, the website said.

According to early reports, the shooting occurred as Rodriguez was parking in a disabled parking spot and requested a wheelchair for his wife.

"Colectivo Pericu rejects this attack against a comrade," said a statement on the website.

"We demand that the authorities clarify this and many other crimes that continue to go unpunished and have left families shattered by pain."

With its ruthless drug cartels, Mexico ranks third in the world for the number of journalists killed, after Syria and Afghanistan, according to media rights group Reporters Without Borders (RSF).

Three other journalists covering organized crime in Mexico have been killed since March 3 - in Chihuahua, Guerrero and Veracruz states, according to officials and media groups.
Comments
Maximino Rodriguez PalaciosVeteran Reporter Mexico DeadJournalists In MexicoMexico City