Malaysia was declared polio free in 2000. The last case in the country occurred in 1992. 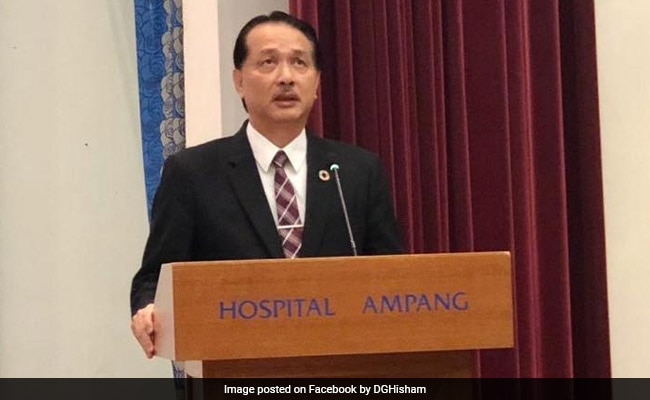 Malaysia has reported its first polio case in 27 years, health authorities said Sunday, announcing a three-month-old baby had been diagnosed on Borneo island.

The Malaysian health ministry's director-general, Noor Hisham Abdullah, said the baby from Tuaran in eastern Sabah state had been admitted into intensive care after experiencing fever and muscle weakness.

"The patient is currently undergoing treatment in an isolation ward and is in a stable condition but needs respiratory support," Noor Hisham said, adding that the infant was diagnosed on Friday.

Polio is a highly infectious viral disease which has no cure and can only be prevented with several doses of oral and injectable vaccines. It affects the nervous system and spinal cord and can be fatal in rare cases.

Over the past three decades the world has made great strides in the battle against polio. The World Health Organization said only 33 cases were reported worldwide last year.

Malaysia was declared polio free in 2000. The last case in the country occurred in 1992.

The diagnosis comes after the Philippines, which shares a close sea border with Sabah, was hit in September by its first polio case in nearly two decades.

Noor Hisham said test results showed that the Malaysian child was infected with a strain that shared genetic links to the virus detected in the Philippines.

Public health expert  T. Jayabalan told AFP that he was not surprised by the polio outbreak because immunisation was not mandatory in Malaysia.

"This first case probably is the tip of the iceberg. There is a very high possibility of a rising trend," he warned.

Jayabalan said there was a small group of people who refuse vaccination on account of misinformation.

In recent years, Malaysia had recorded a number of deaths among children from diphtheria, a vaccine-preventable disease, because they did not receive immunisation.

Noor Hisham said investigations found that 23 children under the age of 15 who lived close to the infected baby had also not received the polio vaccine.

"This is a frustrating situation because the spread of the disease... can only be stopped with polio immunisation."

Vaccination activities and monitoring will be carried out to try and contain the spread of the disease, he added.

(Except for the headline, this story has not been edited by NDTV staff and is published from a syndicated feed.)
Comments
Polio CaseMalaysiaMalaysian infant polio