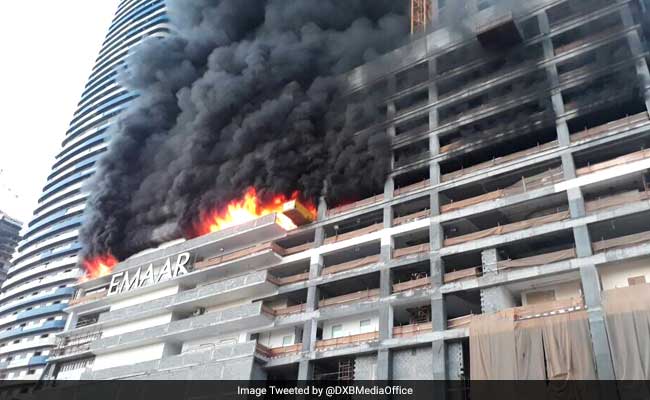 Fire at Fountain Views towers has been brought under control; cooling operations are underway

Dubai: Clouds of smoke billowed over central Dubai on Sunday after a fire burned for several hours in a residential tower under construction near the city's largest shopping mall.

The blaze erupted around 6:30 am (0230 GMT) at the complex, which is near the Dubai Mall and a hotel ravaged by fire on New Year's Eve in 2015, authorities said.

The Dubai government said that firefighting crews had brought the blaze under control.

Fire at Fountain Views towers has been brought under control; cooling operations are underway pic.twitter.com/QcNoBxEgjv

It said the building was being constructed by local real estate giant Emaar.

The property has three towers, each 60 floors high, and had been due to be completed in April of next year.

Major fires have hit several Dubai high-rises in recent years and spread quickly, mostly due to flammable material used in cladding, a covering or coating used on the side of the buildings.

Sunday's blaze was close to where a huge fire ripped through the luxury Address Downtown Hotel on December 31, 2015, only a few hours before a fireworks display nearby. 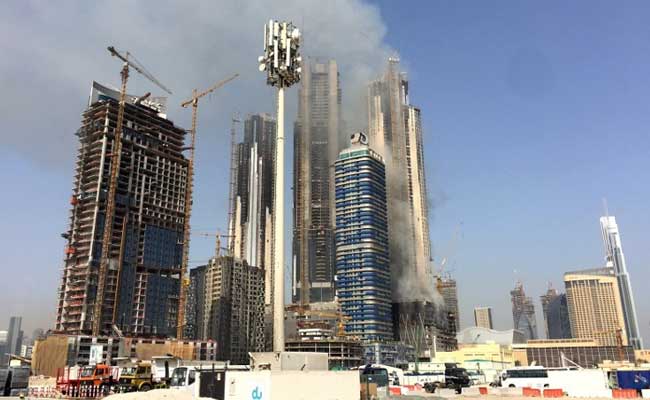 It sparked panic and was broadcast live worldwide, but only injured 16 people.

Promoted
Listen to the latest songs, only on JioSaavn.com
In July last year, a fire gutted the 75-storey Sulafa tower in Dubai marina, with the flames spreading up quickly at least 15 floors of the building.

In 2012, a huge blaze gutted the 34-storey Tamweel Tower in the nearby Jumeirah Lake Towers district. It was later revealed to have been caused by a cigarette butt thrown into a bin.