The disgraced Hollywood mogul is currently awaiting trial on charges of sexual assault and has pleaded not guilty. 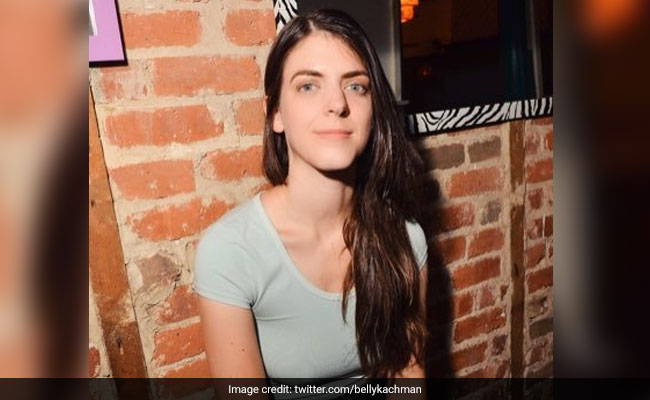 Kelly Bachman, 27, was performing on Wednesday in the "Actor's Hour" at a bar in lower Manhattan.

A female comedian was booed and two women asked to leave after protesting Harvey Weinstein's presence at an event for young actors in New York, reports said.

The disgraced Hollywood mogul is currently awaiting trial on charges of sexual assault and has pleaded not guilty.

Comedian Kelly Bachman, 27, was performing on Wednesday night in the "Actor's Hour" at a bar in lower Manhattan where Weinstein was in attendance, according to BuzzFeed News.

In a video posted on her Instagram account, she referred to the 67-year-old producer as "Freddy Krueger" and "the elephant in the room" during her set.

"I didn't realize I needed to bring my own mace and rape whistle to Actor's Hour," Ms Bachman said in the video, adding, when she was booed, "sorry, that killed at group therapy for rape survivors."

Actor Zoe Stuckless, 21, and comedian Amber Rollo, 31, separately also condemned Weinstein's actions before being asked to leave, according to social media posts by the two women.

After witnessing Stuckless's actions, Ms Rollo told Weinstein: "You're a fucking monster. What are you doing out here?"

The comedian was escorted outside by a woman with the producer, US media reports said, and the bar confirmed in a Facebook post that a "heckler" had been asked to leave.

Weinstein's publicist said the mogul was out with friends, and "trying to find some solace in his life that has been turned upside down."

"This scene was uncalled for, downright rude and an example of how due process today is being squashed by the public, trying to take it away in the courtroom too," they said.

Weinstein has been accused of inappropriate behaviour by more than 80 women, and was a catalyst for America's #MeToo movement last year.