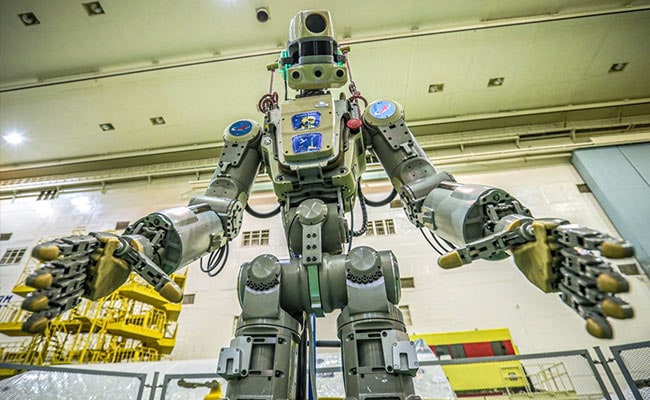 Fedor -- short for Final Experimental Demonstration Object Research -- was Russia's first humanoid robot to be sent into space, though similar technology has been sent by Japan and NASA.

Russian media reported that astronauts on the station had tested Fedor's ability to mirror the movements of humans while they are wearing exoskeleton suits.

Such robots will eventually carry out dangerous operations such as space walks, according to the Russian space agency.

The robot was due to arrive on August 24 but docking had to be delayed for three days after the Soyuz spacecraft failed to lock on to its target on a first attempt.

It was a fresh hitch for Russia's space programme, which has been hit by a series of recent setbacks including a manned launch failure last year.