"Far Away From Peace": UN Chief After Putin Call On Ukraine War

Russia-Ukraine War: United Nations chief Antonio Guterres said he spoke with Vladimir Putin earlier Wednesday and that they discussed the exports initiative "and its extension and its possible expansion." 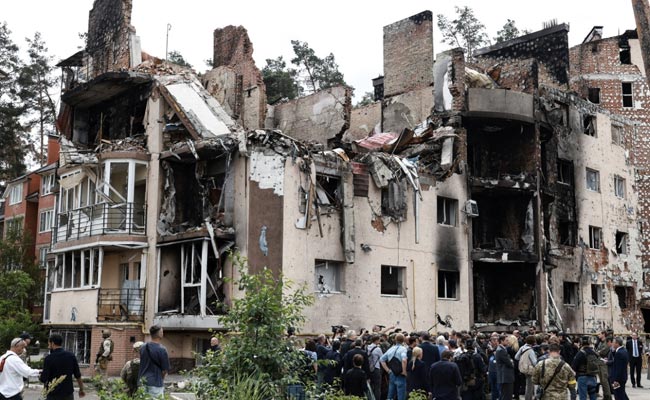 "I have the feeling we are still far away from peace," said UN Chief after speaking with Putin.

The prospects for peace in Ukraine are "minimal" at present, the United Nations chief lamented Wednesday after a telephone conversation with Russian President Vladimir Putin.

Secretary-General Antonio Guterres said he and Putin discussed efforts to overcome "obstacles" that remain related to Russia's food and fertilizer exports, but warned it would be "naive" to believe there has been sufficient progress towards a rapid end to the war in Ukraine.

"I have the feeling we are still far away from peace. I would be lying if I would say it could happen soon," Guterres told a press conference.

"I have no illusion; at the present moment the chances of a peace deal are minimal," he added, noting that even a ceasefire is "not in sight."

Despite his bleak assessment about the war that has raged since Russia invaded its neighbor in late February, Guterres stressed he was maintaining contact with both sides and expressed hope that "one day it will be possible to go to a higher level of discussion."

In the meantime talks continue on Russian exports.

Guterres said he spoke with Putin earlier Wednesday and that they discussed the exports initiative "and its extension and its possible expansion."

A two-part agreement -- allowing both the flow of Ukraine's grain exports blocked by the war and Russia's food and fertilizer exports -- was brokered by the United Nations and Turkey in July and is scheduled to last 120 days.

While some three million tons of grain have been allowed to leave Ukraine, Russia says exports of its own foodstuffs and fertilizer continue to suffer under Western sanctions, which have targeted Moscow for its military assault.

"There are some exports of Russian food and fertilizers but much lower that what is desirable and needed," Guterres said, adding there is discussion about the possibility of Russian ammonia exports though the Black Sea.

Ammonia, a key fertilizer ingredient, is produced by combining nitrogen from the air with hydrogen derived from natural gas.

Guterres warned the fertilizer crisis has reached a "dramatic" level, repeating his fears of a global food shortage next year.

He said he also spoke with Putin about prisoners of war and the state of Ukraine's Zaporizhzhia nuclear power plant.