Mark Zuckerberg's company is under investigation around the world, including a probe in the United States that threatens Facebook with heavy fines. 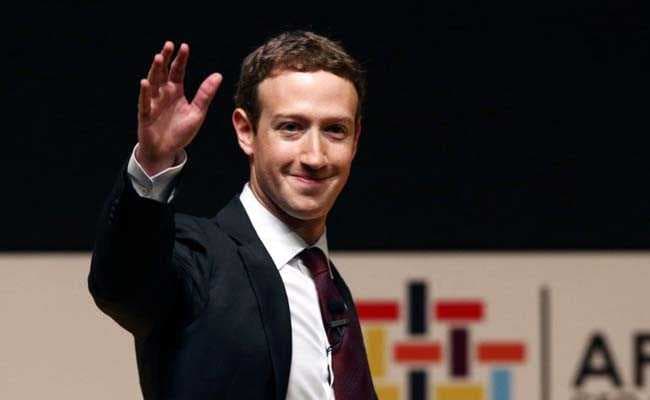 When Mark Zuckerberg testifies to the U.S. Congress next week, the Facebook chief executive will face off with lawmakers who have long been itching to confront him - on everything from a privacy mishap involving 87 million users to a litany of issues that have dogged the company for years.

"I think we're at a moment of reckoning. It's really high noon for Facebook and the tech industry," Democratic Sen. Richard Blumenthal, Conn., one of the senators who is set to grill Zuckerberg, said in an interview.

Zuckerberg's scheduled appearance at two congressional hearings beginning Tuesday marks the first time that the tech leader will submit to questioning at the Capitol. For more than a decade, Zuckerberg had dodged the congressional spotlight, slipping away from the sort of high-drama, made-for-television Washington interrogations that had befallen some of his tech industry peers.

But the controversy around Cambridge Analytica,  a data analysis firm that improperly accessed Facebook users' data, has left Facebook's founder newly exposed to the political firestorm. 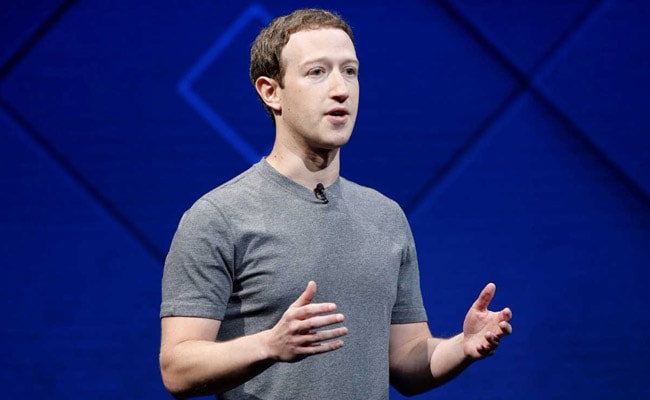 Now, the stakes are sky high for Zuckerberg, whose every statement -- likely under oath -- will carry immense legal and political weight. His company is under investigation around the world, including a probe in the United States that threatens Facebook with fines that could reach into the trillions of dollars. And Zuckerberg's testimony could fuel new efforts to regulate not only Facebook but the whole of the tech industry, at a time when lawmakers increasingly are wondering if Silicon Valley is out of control.

To Blumenthal, it's Facebook's "unsafe at any speed moment." The senator was referring to the legislative onslaught that befell car makers in the 1960s following revelations that they had manifestly failed to protect passengers from harm.

A spokesman for Facebook did not immediately respond to a request for comment. Earlier this week, Zuckerberg pledged to rethink his company's privacy practices. "We didn't take a broad enough view of what our responsibility is, and that was a huge mistake. It was my mistake," he told reporters.

Zuckerberg's gauntlet begins with a rare, joint hearing Tuesday before two Senate panels - the Commerce Committee and the Judiciary Committee. As many as 43 members, almost half of the entire Senate, are set to pepper the Facebook executive with questions. A day later, the House Energy and Commerce Committee plans to follow suit.

Lawmakers last month called on Zuckerberg to appear to respond to the controversy around Cambridge Analytica. Since then, Facebook's problems have worsened, including the revelation this week that what it called "malicious actors" could have accessed information, including names and profile photos, about most of the social network's more than 2 billion users.

To start, some members of Congress said they want Zuckerberg at his hearings to offer specifics about Cambridge Analytica - and Facebook's privacy practices writ large -- even beyond the information the company has shared in recent weeks.

"More than any one issue, I'm interested in Mark Zuckerberg's vision for the responsibility Facebook plans to take for what happens on its platform, how it will protect users' data, and how it intends to proactively stop harmful conduct instead of being forced to respond to it months or years later," said Republican Sen. John Thune (S.D.), the leader of the Senate Commerce Committee, in a statement.

New Jersey Rep. Frank Pallone, the top Democrat on the House Energy and Commerce Committee, emphasized that his chief concern is "how many Cambridge Analytica types are out there" that aren't yet public, he said in an interview. A Republican counterpart on the panel, Rep. Marsha Blackburn, Tenn., said she was most frustrated that Facebook had "turned their users into the product that they are selling."

Democratic Sen. Ed Markey, Mass., one of his committee's most outspoken advocates for a new online privacy law, said he wants to know if there's any "recourse for victims" from Facebook's recent privacy mishaps. For years, Markey has written letters to the social giant, imploring it to improve its data-protection practices. His efforts helped inform a decision by the Federal Trade Commission to penalize the company in 2011.

The Massachusetts Democrat said he'd next press Zuckerberg on how the company ensures "the integrity and safety of the platform." Markey specifically cited an old memo, written by a Facebook vice president and recently unearthed by BuzzFeed, that described "bullying and terrorist attacks" as the regular "costs of doing business" on the site.

Previously, Facebook had warded off such invites from Congress. Lawmakers had tried as recently as October to press Zuckerberg and his counterparts at Google and Twitter about the ways that the Russian government spread propaganda on their platforms around the 2016 presidential election. But the top executives sent their leading lawyers to testify in their place, to the chagrin of Democrats and Republicans.

Zuckerberg's appearance next week gives now lawmakers another opportunity to raise questions that still linger about the election. "What I care the most about is. . . what has this done, what is it doing to democracy?" said Democratic Rep. Anna Eshoo (Calif.), a member of the House committee, who represents a slice of Silicon Valley.

Republicans, meanwhile, recently have been fuming that Facebook is biased against their viewpoints, to the detriment of conservative employees and news sources. At Facebook's last major appearance on Capitol Hill, Republican Sen. Ted Cruz (Texas) slammed the company as well as Google and Twitter for what he perceived as censorship.

And the hearings starting Tuesday may force Zuckerberg to confront his industry's ever-souring reputation in the nation's capital, where lawmakers increasingly question if tech giants can police themselves.

"What I see are incredibly innovative and powerful companies that dominate on their platforms, whether that's Facebook, whether that's Google, whether that's Amazon," said Republican Rep. Greg Walden, Ore., who runs the House Energy and Commerce Committee. "But like all good things, if you get too big too quickly you may not have the self-regulation in place that ultimately consumers demand."

Zuckerberg is hardly the first tech titan to sit across from a dais of peeved federal lawmakers. In 2011, Eric Schmidt, then the executive chairman of Google, was summoned to explain whether the search giant had sought to disadvantage its smaller rivals. Two years later, the Senate trained its sights on Apple, grilling chief executive Tim Cook on allegations that the company dodged billions of dollars in U.S. taxes by keeping its cash offshore. Both executives were subject to scrutiny well beyond what lawmakers saw as their immediate offenses.

This time, the frustration with Facebook on Capitol Hill initially threatened to draw Google and Twitter into the fray. Sen. Chuck Grassley, R-Iowa, the leader of the Judiciary Committee, even invited those two companies' chief executives to testify. But Senate leaders ultimately chose not to require either tech giant to appear - a victory for Google and Twitter, which privately had grumbled for days that they had done nothing wrong and didn't deserve to sit next to Zuckerberg.

Yet Zuckerberg's back-to-back appearances on Capitol Hill still threatens to implicate them all anyway -- triggering a new push for privacy regulation, another round of congressional hearings and a continued shift in web users' impressions of tech giants, Facebook and otherwise, that they once revered.

GOP Rep. Blackburn, for one, said in an interview she'd push Zuckerberg to support privacy legislation that would require tech companies to obtain permission before selling users' data -- a proposal that Facebook and its tech peers have vocally opposed. As the leader of a tech-focused subcommittee, Blackburn also said she's considering a hearing of her own soon focused on tech companies' powerful algorithms.

Promoted
Listen to the latest songs, only on JioSaavn.com
Broadly, though, lawmakers signaled that they're ready to confront Facebook on its many recent missteps. "We can no longer go with the mantra 'trust us' because they have proven untrustworthy," Blumenthal said about Facebook. "Whether intentionally or inadvertently, they have really in effect betrayed that trust."