Indonesia Asks People To Stay Away From Coast, Warns Of Extreme Weather

Indonesian authorities warned on Wednesday of "extreme weather and high waves" around the erupting Anak volcano, urging people to stay away the coast 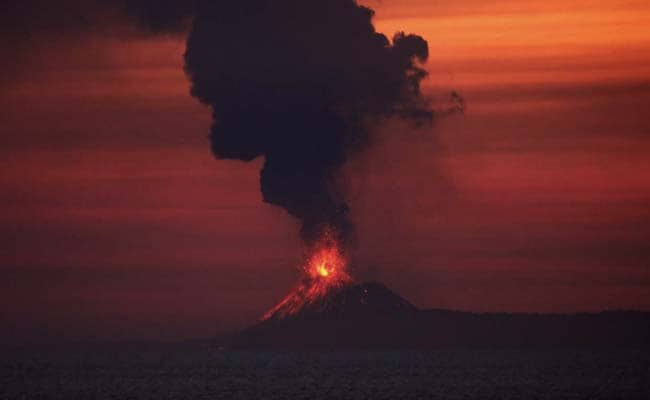 Indonesian authorities warned on Wednesday of "extreme weather and high waves" around the erupting Anak Krakatau volcano, urging people to stay away from the coast already devastated by a tsunami that killed more than 400 people.

Clouds of ash spewed from Anak Krakatau, almost obscuring the volcanic island where a crater collapse at high tide on Saturday sent waves up to 5 metres (16 feet) high smashing into the coast on the Sunda Strait, between Java and Sumatra islands.

Indonesia's meteorology agency (BMKG) said late on Tuesday the rough weather around the volcano could make its crater more fragile.

"We have developed a monitoring system focused specifically on the volcanic tremors at Anak Krakatau so that we can issue early warnings," said BMKG head Dwikorita Karnawati, adding that a two-kilometre exclusion zone had been imposed.

The confirmed death toll is 429, with at least 154 people missing. More than 1,400 people were injured and thousands of people have moved to higher ground.

The vast archipelago, which sits on the Pacific "Ring of Fire", has suffered its worst annual death toll from disasters in more than a decade.

The latest disaster, coming during the Christmas season, evoked memories of the Indian Ocean tsunami triggered by an earthquake on December 26, 2004, which killed 226,000 people in 14 countries, including more than 120,000 in Indonesia. 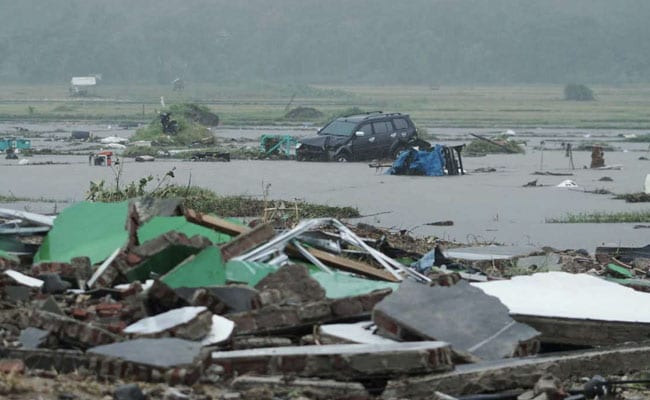 The Saturday evening tsunami followed the collapse of an area of the volcano island of about 64 hectares (222 acres), or about 90 soccer pitches.

In 1883, the volcano then known as Krakatoa erupted in one of the biggest blasts in recorded history, killing more than 36,000 people in a series of tsunami, and lowering the global surface temperature by one degree Celsius with its ash.

Anak Krakatau (child of Krakatau) is the island that emerged from the area in 1927, and has been growing ever since.

Rescuers were trying on Wednesday to reach several villages still inaccessible by road.

Thousands of people are staying in tents and temporary shelters like mosques or schools, with dozens sleeping on the floor or in crowded public facilities.

Ayub, a 20-year old fisherman sleeping with his family in a tent provided by the military, said conditions were not ideal due to the rain, but that they had enough to eat.

"Everything is destroyed; My boat, motorcycle, house, all of it," he told Reuters.

"The most important thing is we're alive."

(Except for the headline, this story has not been edited by NDTV staff and is published from a syndicated feed.)
Comments
indonesia tsunami 2018Anak Krakatau volcanoIndonesia Volcanic eruption