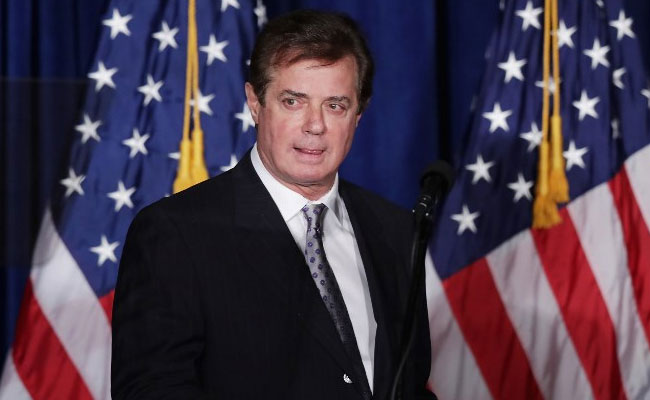 Washington: FBI agents seized documents in a raid on a home of former Trump campaign chief Paul Manafort last month as the explosive probe into Russia's interference in the 2016 election gains pace.

A Manafort spokesman confirmed the raid, which the Washington Post described as a pre-dawn search of Manafort's Alexandria, Virginia home just outside of Washington on July 28.

"FBI agents executed a search warrant at one of Mr Manafort's residences. Mr Manafort has consistently cooperated with law enforcement and other serious inquiries and did so on this occasion as well," said Jason Maloni, a spokesman for Manafort.

The New York Times, citing a person briefed on the matter, said the agents took away tax documents and foreign banking records.

Manafort managed Trump's campaign until he was forced to resign in August amid reports that he was under investigation over millions of dollars he was allegedly paid by the pro-Russia former Ukrainian president Viktor Yanukovych.

Manafort's private consulting business on behalf of Moscow-linked billionaire oligarchs have fueled concerns about possible collusion, and also questions about how he handled payments for his services.

He also took part in the June 9, 2016 meeting last year between Trump campaign officials, including son Donald Trump Jr. and son-in-law Jared Kushner, and a Kremlin-connected Russian lawyer on the promise of damaging information about Trump's election rival Hillary Clinton.

While the White House has downplayed the meeting as insignificant and said nothing came of it, critics said it indicated the campaign's willingness to consider cooperating with Russia.


(Except for the headline, this story has not been edited by NDTV staff and is published from a syndicated feed.)
Comments
Paul ManafortDonald TrumpVladimir Putin