The 41st president (George HW Bush) will likely remain at Southern Maine Health Care, in the state of Maine, under observation for a few days, his spokesperson Jim McGrath wrote. 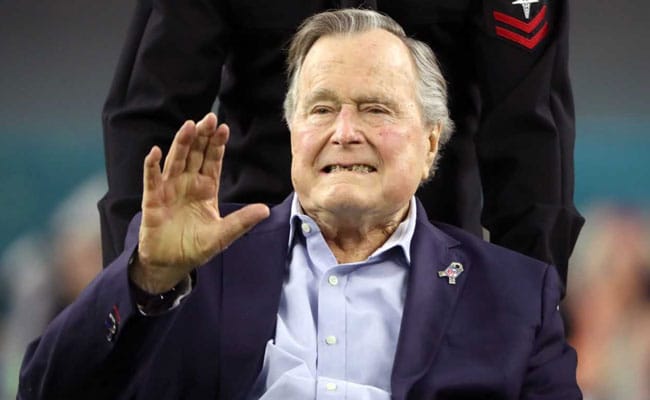 Washington: A little more than three weeks after he was released from hospital, former US president George H. W. Bush was re-admitted on Sunday with low blood pressure and fatigue, his spokesman said.

"The former president is awake and alert, and not in any discomfort," Jim McGrath said on Twitter.

The 41st president will likely remain at Southern Maine Health Care, in the state of Maine, under observation for a few days, McGrath wrote.

Bush, 93, spent more than a week at a Houston, Texas, hospital in late April and early May, immediately after the funeral of his beloved wife Barbara Bush.

At that time, Bush contracted an infection that spread to his blood and initially left him in intensive care.

Bush, who suffers from Parkinson's disease and is wheelchair-bound, has been hospitalized on several occasions in recent years.

Promoted
Listen to the latest songs, only on JioSaavn.com
The elder Bush was elected president in 1988 but served only one term, going down to defeat against Democrat Clinton in 1992.

(Except for the headline, this story has not been edited by NDTV staff and is published from a syndicated feed.)
Comments
George BushGeorge HW Bush