John Lasseter announced his resignation as creative director of Disney in June 2018, after he took a long leave of absence apologizing to staff who felt "disrespected and uncomfortable" because he gave "unwanted hugs." 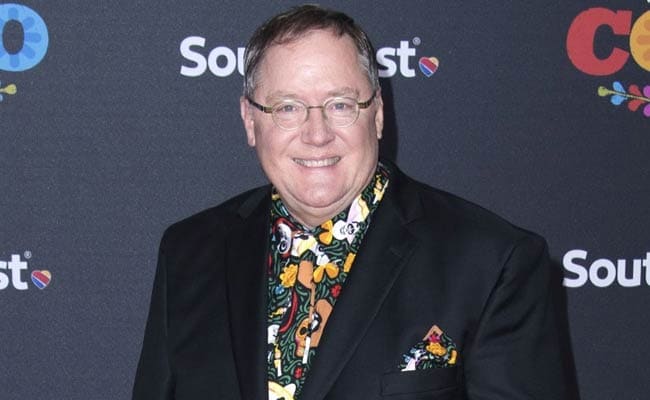 Lasseter, famous for transforming Pixar from a small graphics department at Lucasfilm into the most successful animation studio in the world, is set to take charge of Skydance's animation unit, founded in 2017.

"John is a singular creative and executive talent whose impact on the animation industry cannot be overstated," said the studio's Chief Executive David Ellison.

"He was responsible for leading animation into the digital age, while telling incomparable stories that continue to inspire and entertain audiences around the globe."

Lasseter, who turns 62 this week, announced his resignation as creative director of Disney in June 2018, after he took a long leave of absence apologizing to staff who felt "disrespected and uncomfortable" because he gave "unwanted hugs."

The issues were first unearthed in an investigation by entertainment trade paper The Hollywood Reporter, which described a "pattern of alleged misconduct detailed by Disney/Pixar insiders."

His exit came in the midst of revelations of dozens of sexual abuse scandals in Hollywood that begin with the accusations against producer Harvey Weinstein and gave rise to movements such as #MeToo and Time's Up, which sharply criticized Lasseter's new appointment.

Skydance's decision to hire Lasseter "endorses and perpetuates a broken system that allows powerful men to act without consequence," the organization said on Twitter.

"At a moment when we should be uplifting the many talented voices who are consistently underrepresented, Skydance Media is providing another position of power, prominence and privilege to a man who has repeatedly been accused of sexual harassment in the workplace."

Ellison said in a letter to Skydance colleagues that the company had "not entered into this decision (to hire Lasseter) lightly."

"John has been forthright in taking ownership of his behavior, apologized for his actions and has spent the past year on sabbatical analyzing and improving his workplace behavior," he said.

Lasseter said in a statement he has spent the last year in "deep reflection."

He said he learned "how my actions unintentionally made colleagues uncomfortable, which I deeply regret and apologize for. It has been humbling, but I believe it will make me a better leader."

"I want nothing more than the opportunity to return to my creative and entrepreneurial roots, to build and invent again," Lasseter said. "I join Skydance with the same enthusiasm that drove me to help build Pixar, with a firm desire to tell original and diverse stories for audiences everywhere."

"With what I have learned and how I have grown in the past year, I am resolute in my commitment to build an animation studio upon a foundation of quality, safety, trust and mutual respect," he added.

Lasseter, a two-time Oscar winner, is credited with saving Walt Disney Animation upon taking the reigns as creative director in 2007, when the company bought Pixar.

Facing stiff competition from Pixar, Disney's animation division had nearly shuttered, before regaining momentum under Lasseter's direction and returning to its previous glory by producing classics such as "Tangled" and "Wreck It Ralph."

Skydance lists "Mission Impossible: Fallout" and "Annihilation" on its website as examples of its recent films, and says it is currently working on "Top Gun: Maverick" and an untitled "Terminator" project.

(Except for the headline, this story has not been edited by NDTV staff and is published from a syndicated feed.)
Comments
John LasseterDisneySkydance Media