Ex-Beauty Queen, Hunted By Iran Authorities, Gets Asylum In Philippines

Claiming Tehran wanted to punish her for opposition to Iran's theocratic regime, she sought refugee status. 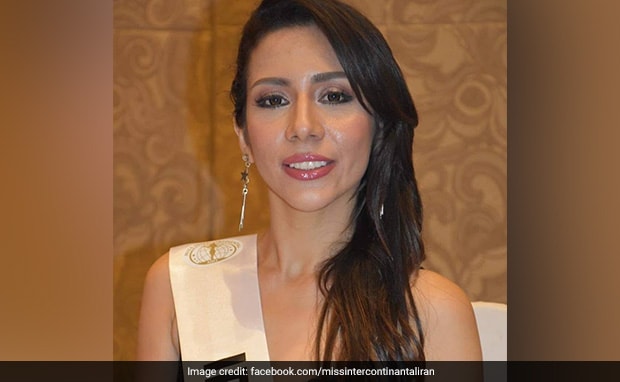 Bahareh Zare Bahari had said she will be killed if sent back to Iran.

An Iranian beauty queen sought by Tehran on criminal charges has been granted political asylum in the Philippines, an official said Friday, ending a three-week standoff at Manila airport.

Bahareh Zare Bahari, based in the Philippines since 2014, was denied entry into the Southeast Asian nation on October 17 when she returned from Dubai, with Philippine authorities citing an Iranian warrant for her arrest.

Claiming Tehran wanted to punish her for opposition to Iran's theocratic regime, Bahari then sought refugee status, holed up in a room at Manila's international airport and using social media to rally support from the international community -- including a plea to Philippine President Rodrigo Duterte.

Philippine Justice Undersecretary Markk Perete told AFP that she had been granted political asylum, adding that she was detained because Iran had asked Interpol for help in arresting and returning her on assault and battery charges.

"She will be getting out of the airport and coming into Philippine territory," Perete said, but declined to discuss the grounds on which she was granted asylum citing confidentiality rules in the United Nations refugee convention.

When asked for comment, a consular official at the Iranian embassy in Manila told AFP to call back on Monday.

Ahead of the asylum decision, rights group Amnesty International had urged the Philippines authorities not to deport Bahari, describing her as "a vocal critic of the Iranian authorities and a public opponent of forced veiling".

"If the Philippines authorities send her to Iran she risks arrest, torture and other ill-treatment, and unfair trial and imprisonment," Nicholas Bequelin, Amnesty's regional director for East and Southeast Asia said in a statement on Thursday.

In a video posted on her Facebook page two weeks ago, Bahari said she had lived in the Philippines since 2014, studied dentistry and also started a modelling and acting career.

She represented Iran at the Miss Intercontinental beauty pageant in Manila last year, and said Tehran wanted her deported because of her "political activity".

Bahari's Facebook page features a photo posted in August showing her wearing a dress resembling the Iranian flag used by the Shah of Iran's regime, which was toppled in the 1979 Islamic Revolution. In the photo, she is seen holding a spear with what appeared to be a photo of Reza Pahlavi, the toppled king's son.

"My wish is that my country will reach to freedom and equality," Zare Bahari said in her candidate profile at the Miss Intercontinental pageant website.

Bahari said Iranian authorities had given the Philippines a "fake report" about her, adding that she had been speaking out on social media to show the people of Iran "life without war, with freedom and peace and love"

(Except for the headline, this story has not been edited by NDTV staff and is published from a syndicated feed.)
Comments
IranIran former beauty queen