Eight people were killed and 20 others were injured when unidentified assailants hurled a petrol bomb at the bus in Comilla's Chouddagram upazila on February 2, 2015, during protests against the government. 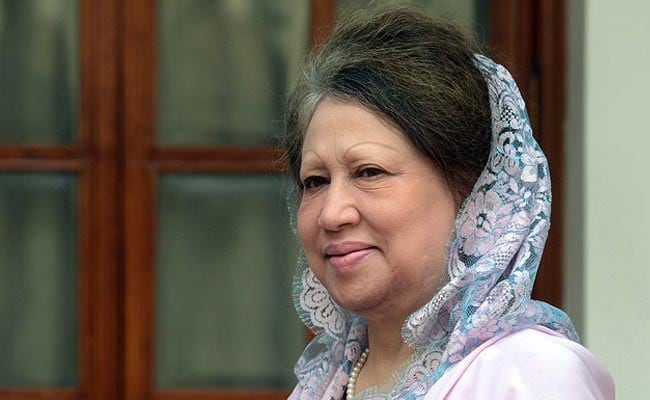 Khaleda Zia was granted bail in a case of firebombing of a bus in 2015. (File)

Eight people were killed and 20 others were injured when unidentified assailants hurled a petrol bomb at the bus in Comilla's Chouddagram upazila on February 2, 2015, during protests against the government.

The bail petition was filed at Comilla Special Court showing the three-time former prime minister as an arrestee in the case under the Special Powers Act, her lawyer Barrister AKM Ehsanur Rahman.

Judge KM Shamsul Alam had endorsed the police's move to name Ms Khaleda as an arrestee in the case but did not take any decision about her bail plea, setting August 8 for the hearing. Then Ms Khaleda's lawyers had moved the High Court with a bail petition.

The court had ordered the Cumilla court to settle the bail appeal by July 26. But the court rejected the appeal on July 25 and the lawyers filed another bail petition at the court.

The court had set today for the decision after hearing the appeal on July 29.

Two separate cases - one for murder, the other under the Explosives Act - were filed over the incident. "A petition was filed on May 28 to dismiss the case. That is on hold for the next hearing," said AKM Ehsanur Rahman, according to the report.

As the BNP chief had been in prison since being sentenced to five years in jail in the Zia Orphanage Trust graft case on February 8, police had promptly "shown her arrested".