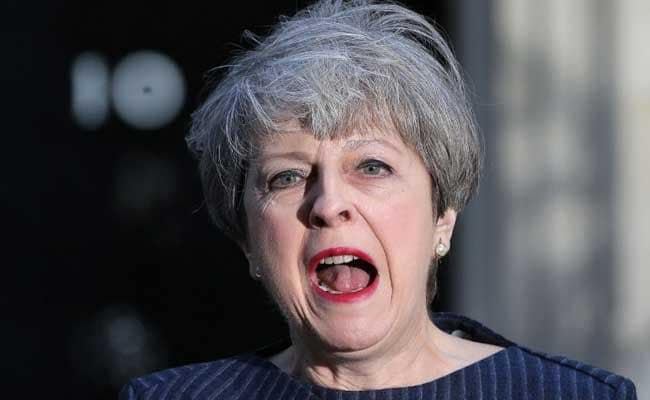 Theresa May had accused the European Union of issuing threats against Britain. (File Photo)

Brussels: European Parliament President Antonio Tajani on Thursday dismissed a claim by British Prime Minister Theresa May that the EU was trying to influence the outcome of the June election in Britain.

"No one is trying to influence the outcome of the election campaign in the United Kingdom," Tajani told journalists at the opening of a European history museum in Brussels.

"It is neither an attack or a bad word to say being a member of the European Union is not the same as being outside the EU," Tajani said.

May accused Brussels on Wednesday of trying to influence next month's election with "threats against Britain" over Brexit talks, as the two sides traded blows over terms of the country's divorce.

May fired off her broadside after the bloc's Brexit negotiator Michel Barnier warned that the negotiations on Britain's divorce from the EU would not be quick or painless.

She said the hardening of the European Commission's stance was "deliberately timed to affect the result" of the snap June 8 general election.

The chief spokesman for European Commission head Jean-Claude Juncker played down May's comments, chalking them up to election campaign rhetoric.

"We are not naive. We know there is an election taking place in the United Kingdom," European Commission spokesman Margaritis Schinas said Wednesday.

"We here in Brussels, we are very busy with our policy work, we have too much to do on our plate," he said.

"In a nutshell we are very busy and we will not 'Brexitise' our work."

(Except for the headline, this story has not been edited by NDTV staff and is published from a syndicated feed.)
Comments
Theresa MayEuropean UnionBrexit