In a joint article with European Council head Charles Michel and of European Parliament President David Sassoli, European Commission head wrote that Britain could no longer have unrestricted access to the European internal market. 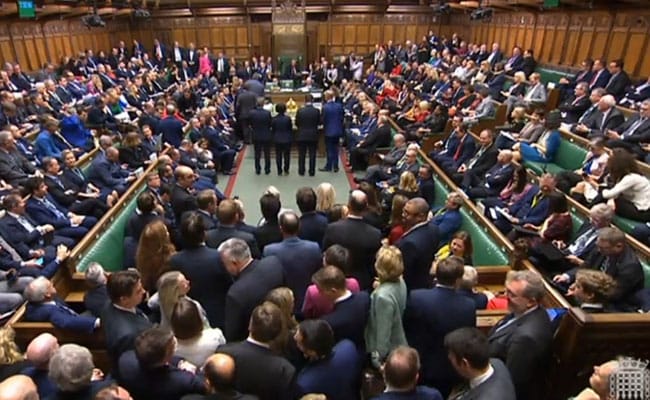 The European Union will work hard to forge a future as an ally and partner of Britain after their divorce on Friday, European Commission head Ursula von der Leyen wrote in Germany's Frankfurter Allgemeine Zeitung daily.

In a joint article with European Council head Charles Michel and of European Parliament President David Sassoli, she wrote that Britain could no longer have unrestricted access to the European internal market.

But they vowed to work hard "to find new ways of working together for our future as allies, partners and friends," according to an excerpt of the article released on Thursday evening.

After protracted divorce talks, Britain will leave the bloc it joined in 1973 at midnight Brussels time (2300 GMT) on Friday. With a transition period lasting until the end of the year, new talks on issues from trade to security will start soon.

They said their affection for Britain went far beyond membership of the EU and that the exit deal ensured the rights of millions of British and EU citizens would be protected in the place they felt at home.

After Brexit, Europe must grow closer together to protect its interests in the world, they wrote. "In a time of strong competition and turbulent geopolitics, size is important," they wrote.

British Foreign Minister Dominic Raab also wrote in the newspaper that Britain would, at the side of its European partners, work to expand trade, improve security and overcome common global challenges.

"But above all, we will be an independent nation which can determine its own future and which will have control over its borders, laws and trade," he wrote.

By the end of the year, the best possible agreements for new ties would be negotiated, he wrote in the FAZ.

Britain says 11 months is time enough to reach a "zero tariff, zero quota" trade deal and that it will not extend the limbo period beyond 2020.