The European Union drugs regulator is set to authorise the use of two monoclonal antibodies to treat COVID-19 this week, to treatments developed by US biotech firm Regeneron and Swiss giant Roche, one source said 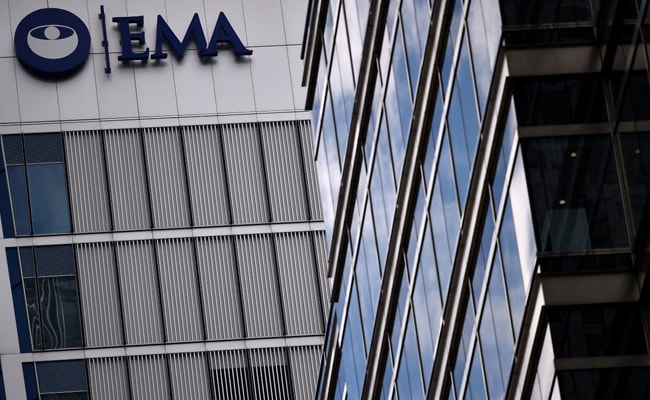 The European Medicines Agency will this week give the green light to the antibody treatments. (File)

The European Union drugs regulator is set to authorise the use of two monoclonal antibodies to treat COVID-19 patients in coming days, two EU sources told Reuters, in its first approvals of such therapies.

The authorisations would come as the bloc faces a new surge in infections and hospitalisations despite high vaccination levels in many countries.

The European Medicines Agency (EMA) will this week give the green light to the treatment developed by US biotech firm Regeneron and Swiss giant Roche, one source said. The cocktail of antibodies is known as REGEN-COV in the United States, and is sold elsewhere under the brand name Ronapreve.

The European regulator will also authorise this week the use in the EU of the monoclonal antibody Regkirona, developed by South Korean biotech company Celltrion, the source added, asking not to be named because the information is still confidential.

A second official familiar with the authorisation process said the approvals were "imminent" but the precise dates had not been decided.

Both drugs are currently used to treat COVID-19 patients at risk of developing a severe infection.

The two authorisations would mark an acceleration in the agency's drug approvals.

Applications for both drugs were submitted in early October and EMA said then "it could issue an opinion within two months". Celltrion expects a decision by the end of November, a spokesperson for the company said.

Roche, who applied in Europe for the approval of Ronapreve, did not respond to a request for comment.

EMA declined to comment on the approvals but said the two drugs were being discussed at this week's monthly meetings of the agency's committee that is responsible for authorisations of treatments. The meetings started on Monday and will continue until Thursday.

The review comes after Eli Lilly last week withdrew its application for EU approval of its antibody-based treatment, citing a lack of demand from EU member states as the bloc focuses on other suppliers.

The only treatment against COVID-19 approved by EMA since the start of the pandemic is Gilead's antiviral remdesivir.

The drug is being assessed by EMA under a longer procedure, which will result in a full marketing authorisation, the sources said, with one noting that so far there had not been an urgent medical need to use a speedier procedure.

The EU has immunised over 75% of its adult population, although in some nations of the 27-country bloc the uptake is below 40%.

EMA issued recommendations to national authorities in the first quarter of this year on how to use both drugs before they were fully approved, paving the way for their use in several European countries.

The marketing authorisation will allow the use of the drugs where national agencies had not yet approved them and would reduce legal risks for governments in countries that are already administering them.

The EU has secured about 55,000 courses of the therapy, a European Commission spokesperson said in June.

The bloc has no supply deal with Celltrion, whose antibody treatment has so far been approved only in South Korea.