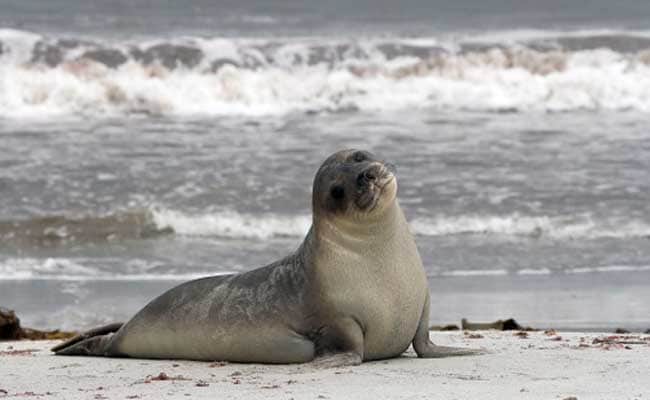 Fur seals were found stranded or dead on the coast of California.

The National Oceanic and Atmospheric Administration said 42 of the seals were found dead and the remainder were found alive but half-starving.

The NOAA said it was declaring an Unusual Mortality Event in light of the strandings and deaths, a designation that allows for more federal funds to be allocated for the threatened species.

Teneya Norris, of the Marine Mammal Center which is caring for some of the animals, attributed the strandings to changes in the availability of food due to ocean-warming trends.

"These stranded animals are just the tip of the iceberg in terms of animals affected by the unusually warm water temperatures we've been seeing off the coast," Norris said.

The fur seals were nearly brought to extinction in the late 1800s because of hunting and today about 10,000 remain.

They breed almost exclusively on Guadalupe Island, off the Mexican coast, and little is known about the species.

In 2013, the NOAA also sounded the alarm on California's sea lions after hundreds became stranded along the coast.

Norris said while the number of fur seals stranded is significantly lower than the 1,300 sea lions rescued this year, the influx was distressing.

"While these numbers might not sound like a lot, for a threatened species it's actually a big warning sign that we need to pay attention to what's happening in our oceans," she said.