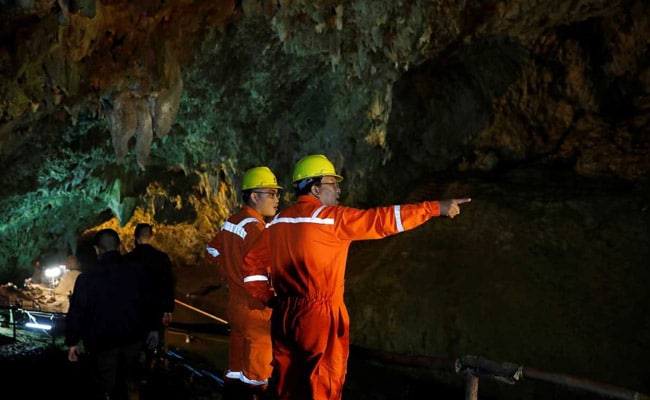 Representatives for Elon Musk are in talks with Thai authorities about aiding in the rescue of a boys' soccer team stuck in a cave, said a spokesman for the billionaire.

Twelve boys and their coach, who had been missing since last month, were found by a pair of British cave divers late Monday. Efforts to rescue them are hampered by narrow passageways and rising waters in the cave system. Most of the boys cannot swim.

Last year, after a devastating hurricane hit Puerto Rico, the government there asked Musk for help. Tesla sent Powerwalls and provided advice on rebuilding the Caribbean island's infrastructure. Over the last couple days, Musk posited possible ways his companies could help in Thailand. "I suspect that the Thai govt has this under control, but am happy to help if there is a way to do so," he wrote on Twitter.

Musk's tunneling startup Boring Co. could potentially make available its massive drills or excavation expertise, but such an approach could be too dangerous for this mission.

Amid Pegasus Row US Says Technology Use Against Civil Society, Regime Critics Concerning