Egypt Says No Evidence Of Terrorism In Russian Plane Crash 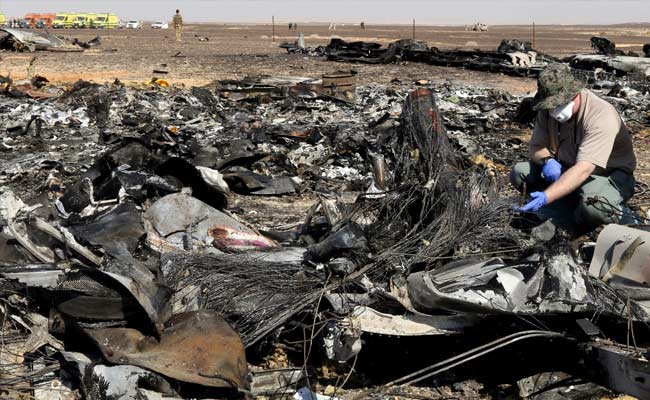 A military investigator from Russia stands near the debris of a Russian airliner at its crash site at the Hassana area in Arish city, north Egypt, November 1, 2015. (REUTERS/Mohamed Abd El Ghany/Files)

Cairo: Egypt said today it had found no evidence so far of terrorism or other illegal action linked to the crash of a Russian passenger plane in Sinai that killed all 224 people on board on October 31.

Russia and Western governments have said the Airbus A321 operated by Metrojet was likely brought down by a bomb, and the ISIS militant group said it had smuggled an explosive on board.

But Egypt's civil aviation ministry said it had completed a preliminary report on the crash and said it had so far found no evidence of a criminal act.

"The technical investigative committee has so far not found anything indicating any illegal intervention or terrorist action," the ministry said in a statement.

The crash hit Egypt's tourism industry, a cornerstone of the economy. The plane took off from Sharm al-Sheikh, a Red Sea resort popular with Russian and British holiday makers.

It raised serious questions about airport security with Russia and Britain both suspending flights into Sharm al-Sheikh.

Egypt is facing a two-year Islamist insurgency in the Sinai that killed hundreds of soldiers and police. ISIS said the bombing was in response to Russian air strikes in Syria.
© Thomson Reuters 2015