Dutch Bicycles Given to Syrian Refugee Camp in Jordan 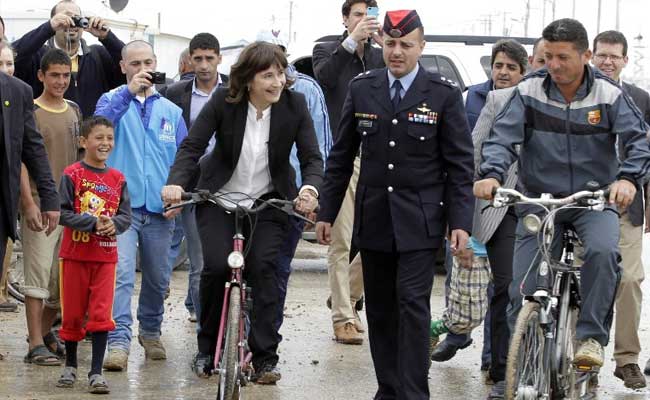 The Dutch city of Amsterdam on Sunday donated 500 second-hand bicycles for Syrian refugees to use in the huge Zaatari refugee camp in northern Jordan.

The Netherlands foreign trade minister, Lilianne Ploumen, handed over the bikes to representatives of aid agencies working in the sprawling desert camp, the size of a city in its own right.

Jordan shares a 370-kilometre (230-mile) border with Syria, and of the more than 600,000 people who have fled the conflict in their homeland that the kingdom now hosts, 80,000 are at Zaatari.

"This camp is the size of a city and that is why I think we need to help people live in this camp like it was a city," Ploumen told reporters.

Amsterdam municipality indicated it hoped the refugees might use the bikes to set up small businesses.

The idea of sending them to Zaatari, some 85 kilometres north of Amman, came after the Dutch city received a request for aid from the UN High Commissioner for Refugees.

Authorities there had confiscated the machines after they had been abandoned or illegally parked. Those sent to Jordan had remained unclaimed in storage for more than three months before being repaired.

Promoted
Listen to the latest songs, only on JioSaavn.com
Ploumen said the Netherlands was ready to provide more bikes if needed.

Her country boasts some 18 million bicycles, with 490,000 in Amsterdam alone.