The World War II Japanese Zero fighter flew near Tokyo this month, watched by businessman and aviation buff Masahide Ishizuka who bought the plane for 350 million yen ($3.1 million) in 2008. 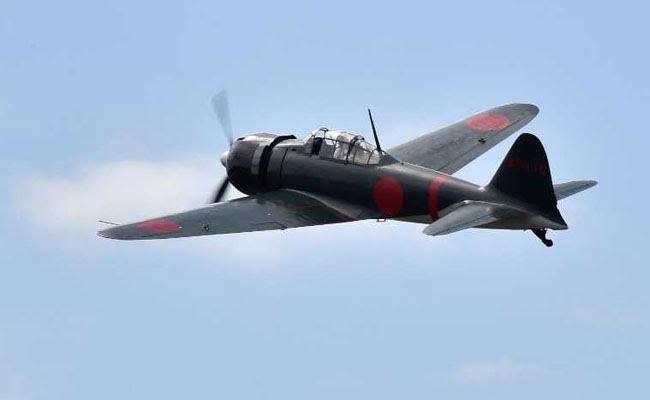 Ryugasaki, Japan: Salvaged from the Papua New Guinean jungle, a restored World War II Japanese Zero fighter has taken to the skies over the land that gave birth to the once feared warplane.

The aircraft  emblazoned with tell tale rising sun symbols  is one of just a few airworthy Zero fighters left in the world, nearly eight decades after they struck fear into the hearts of Allied pilots.

The plane flew near Tokyo this month, watched by businessman and aviation buff Masahide Ishizuka who bought the plane for 350 million yen ($3.1 million) in 2008.

The badly damaged aircraft was originally found in the 1970s in dense jungle where it had crashed decades earlier. It later ended up in the United States  Japan's chief World War II adversary.

Developed by Mitsubishi Heavy Industries, Zero planes took part in the Japanese attack on Pearl Harbor, while 'kamikaze' suicide pilots crashed them into US ships in the later stages of the war.

"Since it was born in Japan 75 years ago, this baby has been travelling around the world," Ishizuka told AFP after the recent flight.

"I wanted to bring it back to its home country and keep it flying in the sky."

There are believed to be just four airworthy Zero fighters in the world today  more than 10,000 were made in all.

Kazuaki Yanagida, the first Japanese pilot to fly the plane, got a feeling for the wartime conditions in its cramped cockpit.

"Sitting here, I felt as if the souls of dead pilots are looking over me," he said.

Despite its fearsome reputation, Yanagida and the jet's owner said they don't want the restored fighter to stir controversy.

"The sin doesn't rest with the Zero  it was the people who fought each other," Yanagida said.

(Except for the headline, this story has not been edited by NDTV staff and is published from a syndicated feed.)
Comments
Japanese Zero fighterWorld war IITokyo