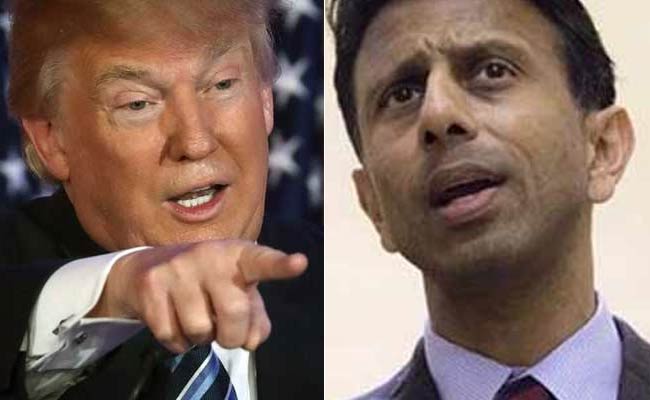 Bobby Jindal, whose popularity came down crashing after he took on Donald Trump in the early phase of the presidential campaign. (File Photo)

"The GOP establishment is done for. This race shows that," Jindal told MSNBC's "Meet the Press".

The 44-year-old was one of the 17 Republicans in the race to the White House, but dropped out as he was unable to gain any support.

"Voters are angry and frustrated and, in some part, the Republican Party deserves some of that frustration. Donald Trump should serve as a wake-up call," Jindal said.

A brokered convention to prevent Trump from becoming the presidential nominee would only further discredit party leadership, said Jindal, who has been one of the billionaire's most vocal critics.

"When huge chunks of your base are telling you something, you have to listen to them. Let's let the voters speak," he said and opposed the idea of a 'brokered convention'.

"It (brokered convention) makes for a great fiction novel. The reality is, you can do the math. He has done very, very well. It is exactly what is wrong with the GOP establishment and it is ignoring the will of the voters," he said.

Jindal, whose popularity came down crashing after he took on Trump in the early phase of the presidential campaign, said that he would support the frontrunner in the race to the White House against Democratic party's Hillary Clinton.

"If it comes down to Donald Trump and (Democratic presidential frontrunner) Hillary Clinton, I would certainly support Donald Trump as the Republican nominee," he said.

"I didn't wake this morning a big fan of Donald Trump. I hope it's not him (as) he is not my favourite. I think Donald Trump is wrong on a whole host of issues," Jindal said.