Trump Chosen By God To Be US President, Says Aide

"If you're a believing Christian you understand God's plan for the people who rule and judge over us on this planet in our government," outgoing US Secretary of Energy Rick Perry said. 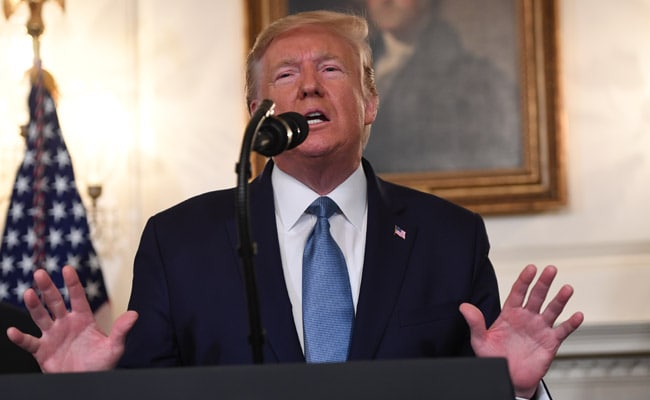 "I am the chosen one," Donald Trump had jokingly said once.

Donald Trump may have insisted he was only joking when he recently proclaimed himself the "chosen one," but at least one member of his cabinet believes God ordained the controversial billionaire's presidency.

"You didn't get here without God's blessing," outgoing US Secretary of Energy Rick Perry, a 2016 rival to Trump, told Fox News, recalling a recent conversation with the president that focused on faith.

"I know there are people that say you know, that you said you are the chosen one. And I said 'You were, " added Perry, a devout Christian.

"I said if you're a believing Christian you understand God's plan for the people who rule and judge over us on this planet in our government."

The comments, which aired Sunday, come as the president faces likely impeachment by the Democratic-led House of Representatives over his alleged abuse of power for conditioning military aid and a coveted White House meeting on Ukraine committing to investigating his political rivals.

Perry, who drove Trump's "energy dominance" policy, is himself ensnared in the scandal, as one of the Trump aides who pressed Kiev to launch the probes.

Few Americans, including Trump's most loyal defenders, see him as a flawless president or person.

Perry himself assailed the president when he was still a candidate in 2015 as a "cancer on conservatism" and a "barking carnival act."

Perry suggested God's providence was not aimed only at Trump, but at his Democratic predecessor too.

"You know, Barack Obama doesn't get to be the president of the United States without being ordained by God. Neither did Donald Trump," Perry said.

Trump in August was briefing reporters at the White House about his trade negotiations with China when he paused, swiveled his head up towards the heavens, and said "I am the chosen one."

Two days later he tweeted that reporters "knew I was kidding (and) being sarcastic."

Perry said he expected Trump to "muscle right on through" the impeachment process and avoid removal.

"He is an extraordinary individual."