The United Nations and aid groups have warned that a full assault on Idlib could spark a humanitarian catastrophe on a scale not yet seen in Syria's seven-year-old conflict. 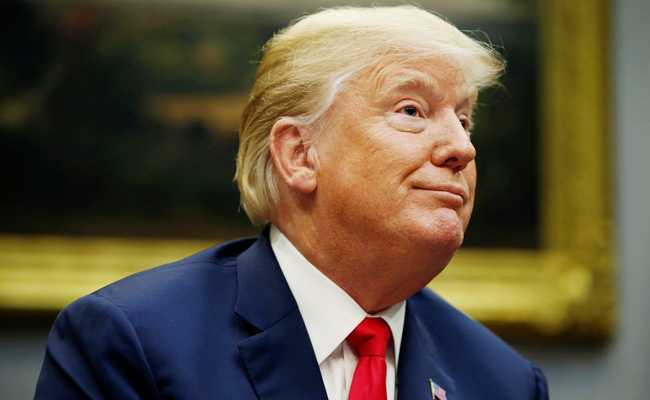 US President Donald Trump on Monday warned Syria against launching an attack on the country's last rebel stronghold with the help of Russia and Iran, saying the offensive could trigger a "human tragedy."

"President Bashar al-Assad of Syria must not recklessly attack Idlib Province. The Russians and Iranians would be making a grave humanitarian mistake to take part in this potential human tragedy," Trump tweeted.

"Hundreds of thousands of people could be killed. Don't let that happen!"

The United Nations and aid groups have warned that a full assault on Idlib could spark a humanitarian catastrophe on a scale not yet seen in Syria's seven-year-old conflict.

Syrian government forces are now massing around the northwestern province of Idlib, which is held by a complex array of rebels and violent extremist fighters, many of whom have been blacklisted as "terrorists" by world powers.

Russia and Iran have insisted that extremist groups in Idlib must be defeated and are expected to back regime forces in any assault.

Since early 2017, Iran, fellow regime ally Russia and rebel backer Turkey have sponsored a negotiations track based in the Kazakh capital to tamp down hostilities in Syria.

Last year, they had designated Idlib as a "de-escalation" zone where violence would halt in preparation for a countrywide ceasefire.

All the while seeking to pressure Turkey into reining in jihadists in Idlib, Damascus's main sponsor Russia has been sounding the war drums in recent days.

Tehran and Moscow provided steady political, financial and military backing to Assad throughout the war, which has left over 350,000 people dead since it broke out in 2011.

The International Crisis Group, a Brussels-based think tank, said an all-out assault on Idlib and its catastrophic consequences could still be avoided.

Russia, whose air support would be crucial for the offensive to succeed, should understand that a bloodbath in Idlib would jeopardize its own political goals, according to ICG.

US warnings ring hollow?
Despite Trump's warning, analysts believe the United States appears resigned to the likelihood of a final military victory by Syrian government forces.

Behind the scenes, American diplomats have been actively warning Moscow, which has been accused in the past of turning a blind eye to chemical weapon use by its Syrian proteges.

But these "verbal warning shots" have little to do with today's reality in Syria, said Jonas Parello-Plesner, a researcher with the Hudson Institute think tank in Washington who recently published a study on the US approach to the region.

And that reality, he told AFP, is that "Assad is advancing on the ground, aided by Iran by land and Russia by air," while the United States places its hopes on a UN-backed Geneva peace process that might best be described, he said, as "moribund."

Trump said in April that "it's time" to bring American troops home from Syria -- once the jihadists of the ISIS had been definitively defeated.

While he quickly backed away from talk of an immediate withdrawal, his underlying determination to leave Syria's seven-year war as soon as possible seems unchanged.

Promoted
Listen to the latest songs, only on JioSaavn.com
Comments
Donald TrumpIdlib tragedySyria