Trump has complained frequently that the United States is treated unfairly in global trade and has sharply criticized the WTO for letting that happen. 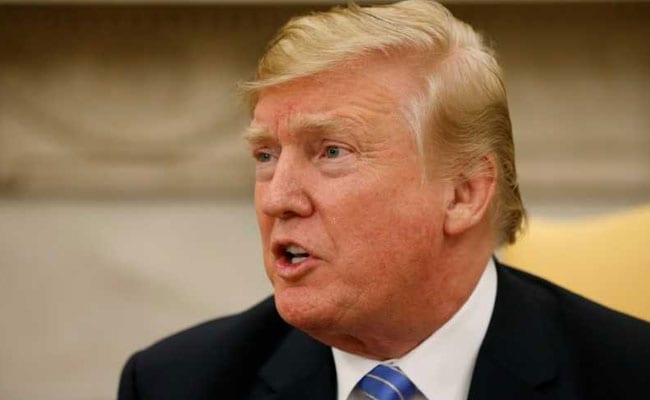 Trump's aggressive stance has roiled US relations with allies and trading partners from Europe to China.

US President Donald Trump threatened to take action against the World Trade Organization on Monday after media reports said he wanted to withdraw from the global trade regulator.

Trump has complained frequently that the United States is treated unfairly in global trade and has sharply criticized the WTO for letting that happen.

"WTO has treated the United States very badly and I hope they change their ways. They have been treating us very badly for many, many years and that's why we were at a big disadvantage with the WTO," Trump told reporters at the White House.

"And we're not planning anything now, but if they don't treat us properly we will be doing something," he said.

Axios reported on Sunday that Trump, who has made fighting unfair trade rules a pillar of his presidency, has ordered that legislation be written stipulating a WTO withdrawal.

But Trump's commerce secretary, Wilbur Ross, said earlier on Monday it was too soon for the United States to discuss any withdrawal from the World Trade Organization.

"WTO knows some reforms are needed. I think there really is a need to update and synchronize its activities, and we'll see where that leads," Ross told CNBC. "But I think it's a little premature to talk about simply withdrawing from it.

"We've made no secret of our view that there are some reforms needed at the WTO," Ross said.

Trump's aggressive stance on trade has roiled US relations with allies and trading partners from Europe to China. He pulled out of negotiations for the Trans-Pacific Partnership shortly after taking office last year and began renegotiating the North American Free Trade Agreement with neighbors Canada and Mexico.

More recently, he imposed tariffs on steel and aluminum imported into the United States from various countries and is set to impose tariffs on billions of dollars worth of Chinese imports beginning on Friday.