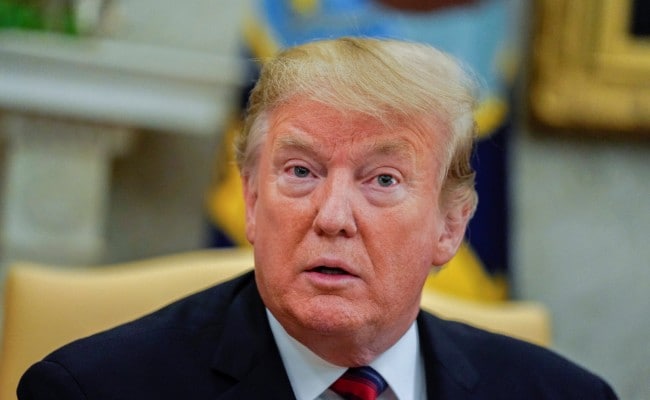 US President Donald Trump has slammed as "ridiculous" Democratic Party leader Tulsi Gabbard, the first Hindu to ever run for the US presidency, for alleging that he is "supporting" the terror group Al Qaeda.

During the second Democratic presidential debate on Wednesday, the Hawaiian lawmaker accused Donald Trump of propping up the Al Qaeda.

"For her (Gabbard) to make that statement is so ridiculous, frankly. And she has taken a lot of heat on it because nobody has done more against that war than I have," said the US president who is seeking his re-election in the next years polls.

Ms Gabbard does not know what she's talking about, he said.

"If you remember, a short while ago, I defeated ISIS. We have 100 per cent of the caliphate. So you're always going to have somebody around. Right now we have captured over 10,000. We have 2,500 ISIS fighters that we want Europe to take because they were going back into Europe - into France, into Germany, into various places," he said.

She cited Donald Trump's "support and alliance with Saudi Arabia that is both providing direct and indirect support to Al Qaeda," when she spoke to Shannon Bream of "Fox News @ Night" after the debate.

Donald Trump also said that Democratic presidential hopeful Indian-American Kamala Harris did not do well during the Democratic Party's presidential debate a day earlier, while former Vice President Joe Biden performed better than the previous ones.

"I think that Kamala did not do well last night. I think Biden did okay. He came through. He came limping through, as I say about Sleepy Joe. He limped right through it. But he got through it. He really did. I think he was okay," Donald Trump told reporters at the White House when asked about the Wednesday night's presidential debate among 10 Democratic aspirants.

"I think Kamala had a bad night last night, I would say. But it's really boiling down to four or five of them. Let's face it," Donald Trump said in his impression about the Democratic party's presidential debate. In the first debate, Ms Harris, the Senator from California came out winner as a result of which there was sudden jump in her fund raising.

On Wednesday night, while Ms Harris made a spirited performance, she was attacked by other Democratic presidential hopefuls including Congresswoman Tulsi Gabbard.