Trump said at a White House event that he might declare such an emergency because it did not appear that Democrats in Congress were moving towards a deal that would provide the money he wants to help fund the wall, which Democrats broadly oppose. 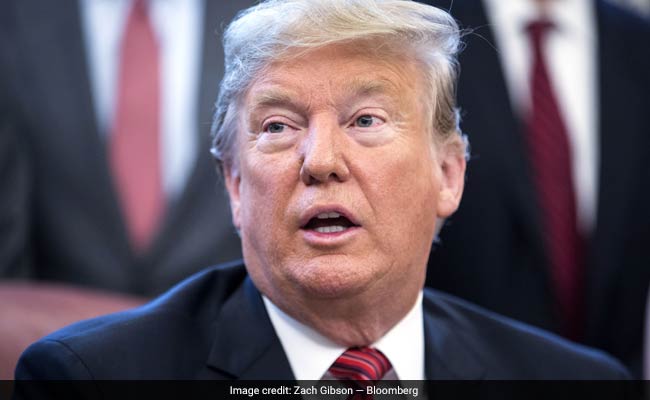 President Donald Trump edged closer on Friday to defying the power of the U.S. Congress by declaring a national emergency in an attempt to obtain funding for a U.S.-Mexico border wall, a step that would likely draw a court challenge from Democrats.

Trump said at a White House event that he might declare such an emergency because it did not appear that Democrats in Congress were moving towards a deal that would provide the money he wants to help fund the wall, which Democrats broadly oppose.

"We're not getting anywhere with them," Trump said during an event at the White House, citing what he called "tremendous obstruction by Democrats," who call their differences with the president a basic disagreement over immigration policy.

"I think there's a good chance that we'll have to do that," Trump added, referring to the possibility of an emergency.

Trump has discussed possibly declaring an emergency and redirecting funds already allocated by Congress for other purposes, possibly at the Defense Department, to his wall.

His latest comments came a day after Nancy Pelosi, the Democratic speaker of the House of Representatives, told reporters, "There's not going to be any wall money" in legislation to fund border security for the rest of this year.

Pelosi said she was open to negotiating funding for more ports of entry or additional border security technology. She added that the 17 House and Senate negotiators working on legislation to fund homeland security for the year should decide components of border security.

Democratic negotiators unveiled a detailed opening position containing no money for additional physical barriers on the border to control the flow of undocumented immigrants and illegal drugs. Previously they had supported $1.3 billion for new fencing and improvements to existing barriers.

Congress launched a super committee on border security this week, the latest stage of a long debate over one of Trump's biggest 2016 campaign promises, a concrete border wall he once said Mexico would pay for. The super committee has a Feb. 15 deadline to craft a deal on border security satisfactory to both political parties and to Trump, who agreed last week to end a historic 35-day partial government shutdown and allow Congress to try again to find a way forward.

Negotiations within the super committee began on Monday. Lawmakers have adjourned for the weekend.