Donald Trump blasted Google for working on to prevent "the next Trump situation". 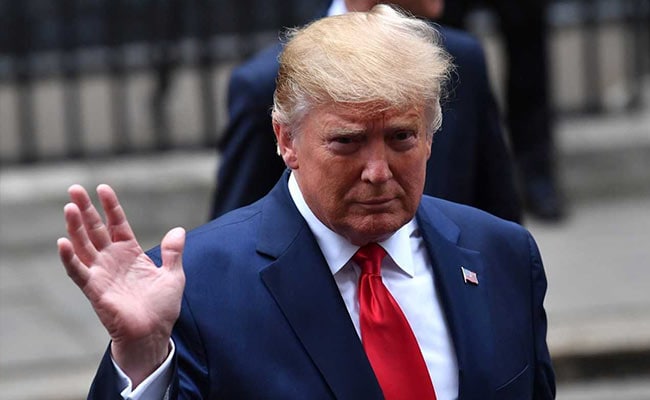 Donald Trump made the remarks in an interview with Fox Business Network. (File)

In an interview with Fox Business Network on Wednesday, Trump blasted tech companies, saying they are "all Democrats" and that their services are "totally biased toward Democrats," reports Variety.

"Look, we should be suing Google and Facebook and all that, which perhaps we will, OK?" Trump said.

"What they did to me on Twitter is incredible. I have millions and millions of followers, but I will tell you, they make it very hard for people to join me (on) Twitter and they make it very much harder for me to get out the message," Trump said.

He blasted Google for working on to prevent "the next Trump situation".

Twitter "should be sued because what's happening with the bias. Now you see it with that executive yesterday from Google. The hatred for the Republicans", Trump said during the interview.

An undercover video made by a conservative group showed Jen Gennai, Head of Responsible Innovation at Google, as saying that the company is trying to prevent another "Trump situation" from happening again in the 2020 election.

In a stern warning to tech giants, the US House anti-trust committee has opened probes into Facebook, Google, Apple, Amazon and other tech giants to determine if they prevent competition and hurt consumers.

The Department of Justice (DOJ) will reportedly handle Apple and Google while the US Federal Trade Commission (FTC) will take Facebook and Amazon.

A Google spokesperson reacted to Trump's outcry against the company: "We build our products with extraordinary care and safeguards to be a trustworthy source of information for everyone, without any regard for political viewpoint. Our rating guidelines are publicly visible for all to see".

According to the Wall Street Journal, the FTC previously closed an investigation of Google without taking action but now the DOJ will take another look into Google's practices in Search and other areas.