Donald Trump scrapping the DACA or 'Dreamers' programme is sure to alienate Hispanic Americans, a growing segment of the US population and an increasingly important voting bloc Donald Trump has scrapped the DACA or 'Dreamers' programme.

Washington: President Donald Trump on Tuesday scrapped a program that protects from deportation almost 800,000 young men and women who were brought into the United States illegally as children, giving a gridlocked Congress six months to decide their fate.

Trump's action, announced by Attorney General Jeff Sessions, rescinds a program called Deferred Action for Childhood Arrivals (DACA). The program, created by Democratic former President Barack Obama, is supported by Democrats and many business leaders. The Trump administration said no current beneficiaries of the program would be affected before March 5.

Sessions said the action does not mean the DACA recipients are "bad people."

"To have a lawful system of immigration that serves the national interest, we cannot admit everyone who would like to come here. It's just that simple. That would be an open-border policy and the American people have rightly rejected that," Sessions said.

The move marked the latest action by Trump that is sure to alienate Hispanic Americans, a growing segment of the U.S. population and an increasingly important voting bloc. Most of the immigrants protected by DACA, dubbed "Dreamers," came from Mexico and other Latin American countries.

Trump's action, deferring the actual end of the program, effectively kicks responsibility for the fate of the Dreamers to his fellow Republicans who control Congress. But Congress has been unable since the president took office in January to pass any major legislation and has been bitterly divided over immigration in the past. 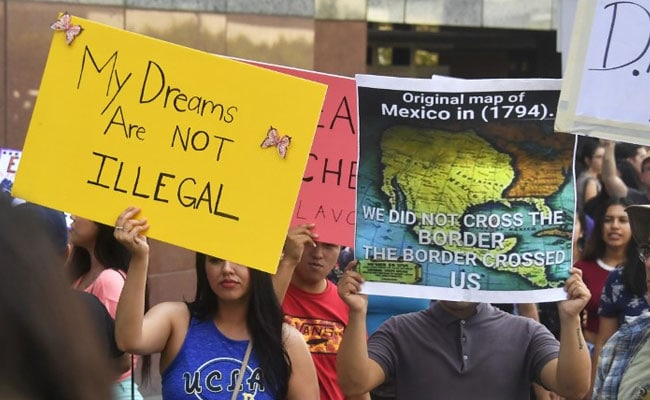 Obama bypassed Congress and created DACA through an executive order.

Trump appeared determined to pressure U.S. lawmakers to act. "Congress, get ready to do your job - DACA!" the president wrote on Twitter on Tuesday morning before the policy announcement was made.

There were some signs that Congress might be willing to act, with a number of senior Republican lawmakers coming forward to express an interest in protecting the Dreamers.

US Authorises Pfizer's Covid Booster For Elderly And High-Risk Adults