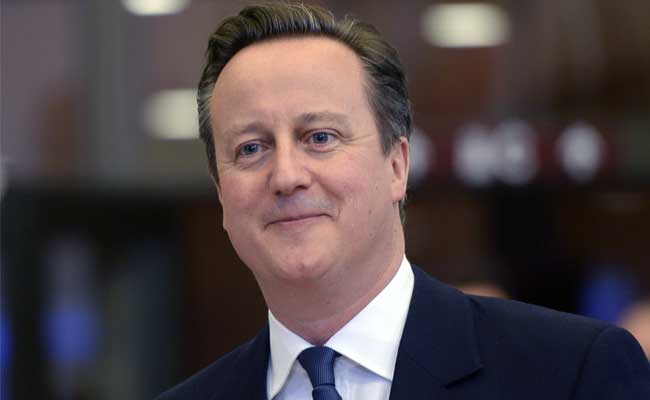 London: Britain's former Prime Minister David Cameron today disclosed that he will take up an unpaid role at the National Citizens Service Trust, as part of his plans to create a "Big Society".

The 50-year-old former Conservative Party leader, who recently resigned from the Hosue of Commons, will lead an expansion of the UK's National Citizen Service (NCS) for teenagers, an initiative he had launched during his time in Downing Street as part of his plans to create a "Big Society".

The NCS aims to prepare teenagers for work through team-building activities and community projects.

Cameron will take over as chairman of NCS Patrons with the aim of making the scheme available to all teenagers.

"I am delighted that my first role in my life after politics is to continue my association with this fantastic programme by becoming chairman of NCS Patrons, bringing together a senior cross-party and cross-sector group of patrons and ambassadors who can help NCS to reach more youngsters," Cameron was quoted as saying by The Daily Telegraph.

"It requires leadership from every part of society. From industry to the arts, from sport to the media, from local communities to the wider public sector, we need everyone involved in a national mission to make NCS a normal part of growing up that can give every generation a greater sense of purpose, optimism and belonging," he said.

The NCS is a charity open to 15 to 17-year-olds and sees groups of teenagers enjoy team outdoor activity trips before being mentored in the community, and ultimately deliver their own social action project.

The former PM said he was "delighted" his successor, Theresa May, was pressing ahead with a National Citizen Service Bill, which would put the NCS on a permanent legal footing and create new duties on schools and councils to promote it.

Cameron had stepped down as PM on June 24, the day after Britain voted in a referendum to leave the European Union (EU).

Promoted
Listen to the latest songs, only on JioSaavn.com
He had initially said he planned to carry on as a Tory MP on the backbenches of Parliament but last month announced he was stepping down as an MP as well to quite political life.