Cuba Will Have First Non-Castro Leader After 59 Years, Miguel Diaz-Canel Set To Take Over

Miguel Diaz-Canel, who is currently first vice president and a top Communist Party official, is to be confirmed Thursday as the successor to Raul Castro, who himself succeeded his elder brother Fidel. 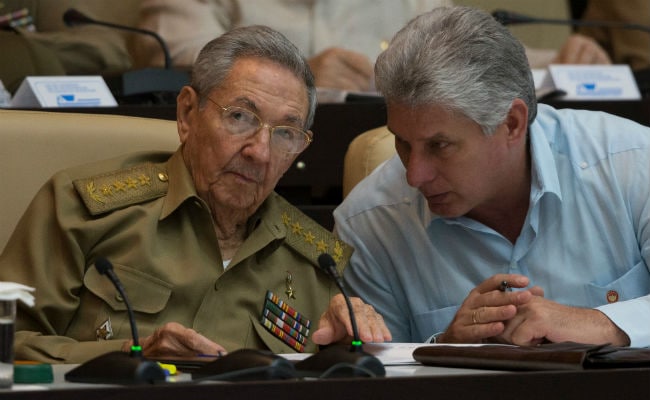 Havana: The Castro brothers' six-decade grip on power in Cuba approached its end Wednesday as the island's National Assembly named number two Miguel Diaz-Canel as the sole candidate for the presidency.

The silver-haired 57-year-old, who is currently first vice president and a top Communist Party official, is to be confirmed Thursday as the successor to Raul Castro, who himself succeeded his elder brother Fidel.

On Wednesday, the National Assembly opened a historic two-day meeting to elect a successor to the 86-year-old Castro, ushering in a new era in the Caribbean island nation's history.

"I have the honorable mission of putting forward comrade Miguel Mario Diaz-Canel Bermudez as president of the Council of State," commission president Gisela Duarte told Assembly delegates, effectively ending any suspense over the identity of Cuba's new leader.

Delegates immediately broke into applause and the two men rose to share an embrace as Cuba's two other vice presidents, both veterans of the revolution, looked on from the row behind.

His nomination as the head of the 31-member Council of State will be formally confirmed on Thursday, when Cuba marks the anniversary of the 1961 Bay of Pigs invasion when Fidel Castro's forces defeated 1,400 US-backed rebels seeking to overthrow him.

Diaz-Canel had been widely tipped to take over since last year when Castro tapped him as his successor.

He will become the island's first leader born after the 1959 revolution not named Castro.

Earlier, the two had arrived at the Havana Convention Center smiling and in good spirits for the opening of the session.

After Fidel Castro's death in 2016, Raul's departure from office draws the curtain on nearly 60 years of Castro rule.

Since the 1959 revolution, when Fidel Castro seized power, Cubans have only known one handover of power when the iconic leader, stricken by illness, passed the baton to Raul in 2006.

The change in Communist-run Cuba has sparked much debate on the island and beyond.

"Diaz-Canel strikes me as looking a little bit like that American actor (Richard Gere) because of his height and his grey hair," chuckled Yani Pullido, 27, a waitress working in a cafe in Old Havana.

"But you can't deny he's an interesting man," she said.

"If we compare him to Fidel, and it's difficult not to, he will fall short. But they say he's very prepared and he's spent quite a few years holding positions of responsibility in government."

Diaz-Canel spent decades climbing the party ranks and in 2013, he was appointed Castro's right-hand man.

But long before reaching the top, while serving as the party's provincial secretary in Villa Clara in the 1990s, he turned heads by riding his bicycle, portraying a simplicity uncommon among the regime's leaders.

Once sworn in, Diaz-Canel will be tasked with continuing the economic reforms begun by Raul Castro after he was formally sworn in as president in 2008.

That was the start of a series of once-unthinkable reforms which saw him opening up Cuba's economy to small private entrepreneurs and, more remarkably, reaching a rapprochement with its Cold War arch-enemy, the United States.

In 2015, Havana and Washington renewed diplomatic ties. The following year, then president Barack Obama paid a historic visit to the island. 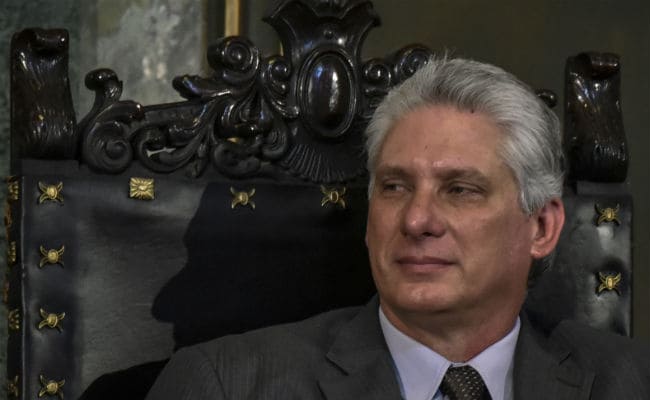 Miguel Diaz-Canel had been widely tipped to take over since last year. (AFP)

However, steps towards a normalization of ties have been severely curtailed since the arrival of President Donald Trump in the White House last year.

Diaz-Canel will also inherit a youthful population hungry for change on the Caribbean island that has been one of the world's last outposts of Communism since the collapse of the Soviet Union.

Cuba watchers and domestic analysts say he will favor continuity over change in the early days of his presidency, however.

Though often portrayed as a moderate, footage of a private meeting with the Communist Party last year showed him lashing out at Cuban dissidents and the US in a tirade worthy of the most ruthless hardliner.

At their meeting on Wednesday, the 605 delegates of the National Assembly cast their votes for the new Council of State, which counts 31 members and whose head automatically becomes president.

Promoted
Listen to the latest songs, only on JioSaavn.com
The results will only be made public on Thursday.

Between them, the Castro brothers ruled Cuba for nearly 60 years, making the Caribbean island a major player in the Cold War and helping keep communism afloat despite the collapse of the Soviet Union.