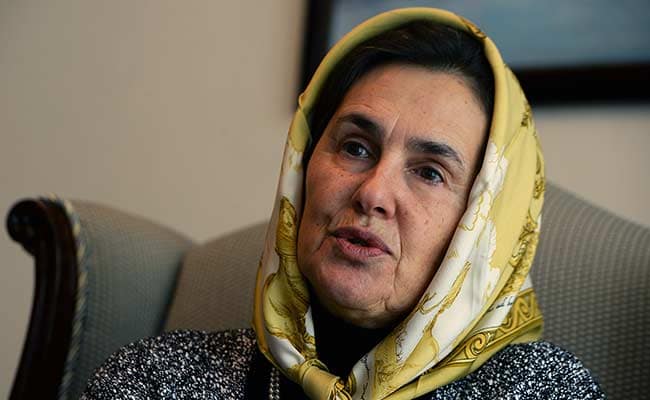 Kabul: Afghanistan's cosmopolitan new first lady has backed France's controversial ban on the niqab, comparing the full veil to "blinders" as she prepares to campaign for more respect for women in her conservative adopted homeland.

Rula Ghani shocked Afghan observers earlier this year when she appeared with her husband during the country's presidential campaign, a rare example of a political wife sharing the spotlight.

Now the Lebanese-American of Christian heritage is set to carve out a role for herself as the patriarchal and deeply Muslim nation's first high-profile first lady.

In an interview with AFP at the presidential palace, Ghani, who speaks five languages, reminisced about her time as a student at the prestigious Sciences Po university in Paris which she attended during the late 1960s.

Wearing a vintage Hermes scarf over her hair, she recalled in fluent French that "all the young women at Sciences Po had their headscarves which they would wear as they stepped out of school".

"When issues began to arise around the veil and hijab in France, I was a little shocked, people seem to not have a very long memory."

Wearing the full veil in public was banned by French law in 2011, igniting a fierce debate over the value of religious freedom against social cohesion.

Ghani said she supported the ban.

"Regarding the French law against the niqab and burqa which prevent women from being able to move freely and see, because the niqab is a bit like blinders, I am in full agreement with the government of France," Ghani told AFP.

It is a typically forthright view from a woman of strong opinions who has already taken a far more prominent role than her predecessor, Zeenat Karzai, who was practically invisible during the 13-year rule of her husband Hamid Karzai.

Karzai came to power after a US-led coalition toppled the hardline Taliban government that banned women from leaving their homes without male guardians.

Ghani admits she is still trying to define her role, but hopes that by the end of her husband's five-year term, "men in Afghanistan will be more inclined to recognise whatever role their wives take".

"In one word, more respect," she said.

Her husband is already leading by example, praising his wife's work with internally displaced people, women and children during his September 29 inauguration speech.

By the standards of most women in Afghanistan, who are confined to domestic family roles, Ghani has had an extremely liberated, globe-trotting life.

Highly educated, with degrees from leading universities in France, Lebanon -- where she met her future husband -- and the United States, she spent three years in Kabul with her in-laws during the 1970s while her husband worked as a lecturer.

They left for the United States, where he was to pursue his PhD at Columbia University, and could only watch helplessly as their country was invaded by the Soviet Union.

Ghani says she benefits from her diverse background, despite being attacked by political rivals during the campaign for being a Christian.

"There are two ways of dealing with it -- one is to cling on to one identity alone and the other is to embrace all of them, to try to take advantage of all of them," she said.

Ghani returned to Kabul in 2002 when her husband, then a successful World Bank economist, returned home as the country's finance minister.

Though immersed in the affairs of her adopted country, she is a self-professed Francophile who recalls vividly her time in Paris during the student uprising of 1968.

"I found it very refreshing to see people decide that there are certain things they wanted and some things they did not want. It showed some independence of mind," she said.

Her time at the university, together with two years working as a journalist for Agence France-Presse in Beirut, trained her to "think in a very logical way" she says.

At AFP her role involved monitoring Arab radio and press every morning for news related to the political upheavals of the early 1970s.

"It was great training for a journalist, because it taught you to be quick but at the same time you had to be accurate," she said.

Now aged 66, Ghani hailed the work of brave activists and female politicians for breaking new ground for women in Afghanistan despite discrimination and violence.

Promoted
Listen to the latest songs, only on JioSaavn.com
Given the hostility of opponents during the campaign, observers believe Ghani will be forced to strike a delicate balance in her new role -- a fact she seems keenly aware of.

"I am kind of finding my way," she said. "Listening and trying to understand what is happening in Afghanistan."