Coronavirus Pandemic: The research may also aid in the debate over antibody tests, which look for markers in the blood that indicate exposure to the novel coronavirus. 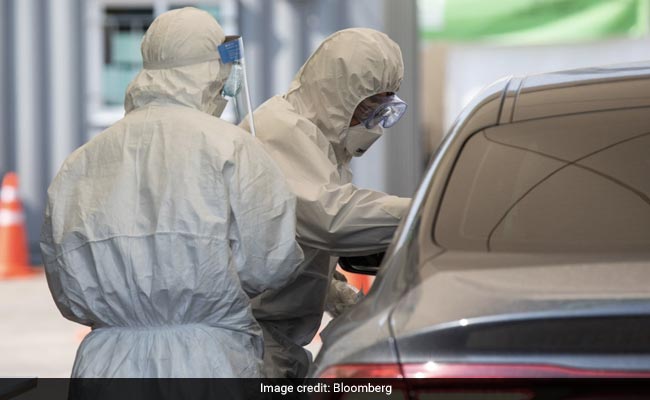 Nearly five million people have been affected due to coronavirus pandemic.

Researchers are finding evidence that patients who test positive for the coronavirus after recovering aren't capable of transmitting the infection, and could have the antibodies that prevent them from falling sick again.

Scientists from the Korean Centers for Disease Control and Prevention studied 285 Covid-19 survivors who had tested positive for the coronavirus after their illness had apparently resolved, as indicated by a previous negative test result. The so-called re-positive patients weren't found to have spread any lingering infection, and virus samples collected from them couldn't be grown in culture, indicating the patients were shedding non-infectious or dead virus particles.

The findings, reported late Monday, are a positive sign for regions looking to open up as more patients recover from the pandemic that has sickened at least 4.8 million people. The emerging evidence from South Korea suggests those who have recovered from Covid-19 present no risk of spreading the coronavirus when physical distancing measures are relaxed.

The results mean health authorities in South Korea will no longer consider people infectious after recovering from the illness. Research last month showed that so-called PCR tests for the coronavirus's nucleic acid can't distinguish between dead and viable virus particles, potentially giving the wrong impression that someone who tests positive for the virus remains infectious.

The research may also aid in the debate over antibody tests, which look for markers in the blood that indicate exposure to the novel coronavirus. Experts believe antibodies probably convey some level of protection against the virus, but they don't have any solid proof yet. Nor do they know how long any immunity may last.

A recent study in Singapore showed that recovered patients from severe acute respiratory syndrome, or SARS, are found to have "significant levels of neutralizing antibodies" nine to 17 years after initial infection, according to researchers including Danielle E. Anderson of Duke-NUS Medical School.

Other scientists have found higher levels of IgM, an antibody that appears in response to exposure to an antigen, in children, according to an article published on medRxiv. That suggests younger populations have the potential to produce a more potent defense against Covid-19. The study has not been certified by peer review.

As a result of the findings in the South Korea study, authorities said that under revised protocols, people should no longer be required to test negative for the virus before returning to work or school after they have recovered from their illness and completed their period of isolation.

"Under the new protocols, no additional tests are required for cases that have been discharged from isolation," the Korean CDC said in a report. The agency said it will now refer to "re-positive" cases as "PCR re-detected after discharge from isolation."

Some coronavirus patients have tested positive again for the virus up to 82 days after becoming infected. Almost all of the cases for which blood tests were taken had antibodies against the virus.